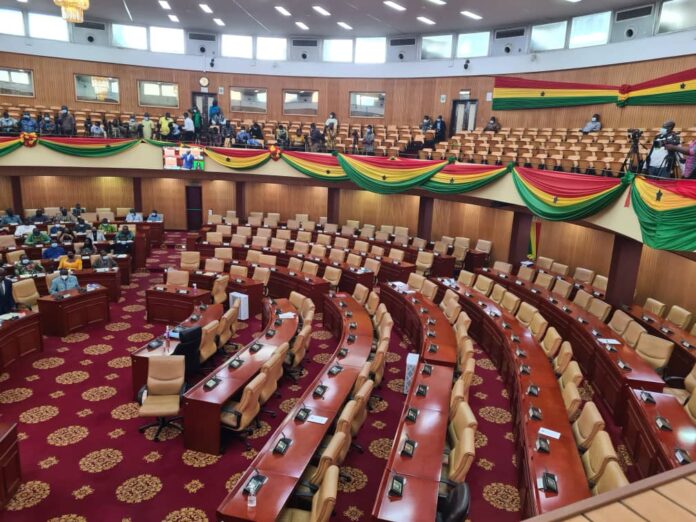 The Speaker of Ghana’s Parliament, Rt. Hon. Alban Sumana Bagbin has suspended sitting for 30 minutes over absence of majority MPs.

Members of Parliament from the governing New Patriotic Party, NPP have failed to show up for today’s sittings where the House is expected to conclude the debate on the Budget Statement and Economic Policy of the Government for the year ending 31st December, 2022.

The minority through Ningo-Prampram MP Sam George had accused the majority of deliberately delaying proceedings with their absence from the chamber as at midday.

The NDC MPs contend the move is because the side does not have the full compliment of their members for the impending decision on the government’s economic policy.

Majority Chief Whip Frank Annor Dompreh however refuted the claim of the minority explaining his side had been locked up in a caucus meeting as well as leadership meeting with the speaker.

However when the Speaker entered the Chamber at 16 Minutes pass 1 PM, only the Minority MPs were present.

The development compelled the speaker to suspend sitting after the Deputy Minority Whip, Ibrahim Ahmmed, raised the issue of the absence of the Majority Leadership in spite of their presence in the precincts of Parliament.

The Speaker informed the House that he had heard that the Majority side was at a Caucus meeting even though he had not been formally communicated to.

Parliament to resume sittings on Tuesday