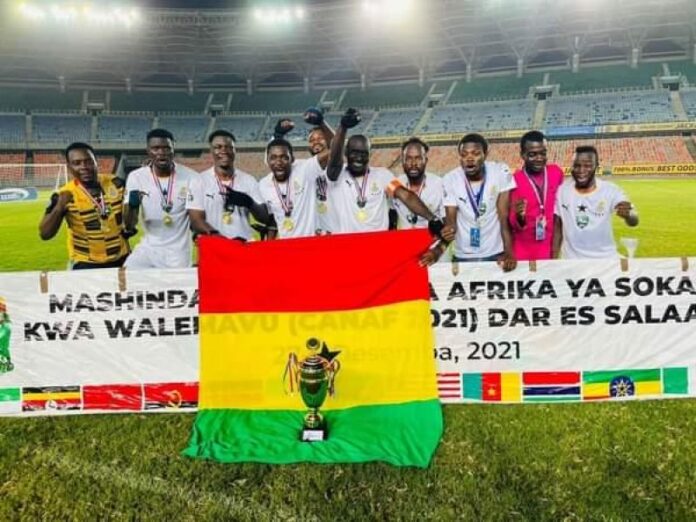 This comes on the back of reports in the media that, the team was stranded in Tanzania after winning the sixth edition of the Cup of African Nations for Amputee Football.

A statement issued by the Ministry said: “the Ghana Amputee Football Association failed to inform the Ministry about the tournament in Tanzania for the necessary support and facilitation to be extended to the team.”

The Ministry thus admonished all sporting federations to follow due procedure and inform the Ministry, through the NSA about their programmes and participation in international competitions to forestall such situations in the future.

Meanwhile, the Ministry disclosed contacting the leader of the team to facilitate their departure to Ghana.

Speaking in an interview with GNA Sports from the team’s base in Dar es Salaam, Captain of the Ghana side, Richard Opentil revealed that the team was not stranded as reported in the media, but were soliciting tickets from the government to enable them to present the trophy to the people of Ghana with most of them based in Turkey.

But the Minister has asked the National Sports Authority to immediately look into the issues at the Amputee Football Federation and help normalise their operations to avoid a repeat of the unfortunate stated circumstances.

The ‘Black Challenge’ as they are popularly referred to, defeated their Liberian counterparts 3-2 to win the ultimate after edging the likes of Egypt, Nigeria, and Angola en route to the final.