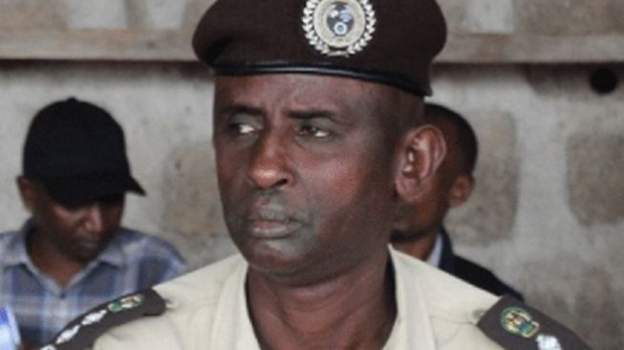 A Rwandan court has sentenced to five years in prison a former director of Kigali’s main prison for stealing money from a British inmate.

Innocent Kayumba, who was sentenced on Friday evening alongside his former deputy Eric Ntakirutimana, has appealed against the judgement, a court document shows.

The court acquitted an IT specialist inmate who used his skills to hack the victim’s Visa card after telling the court that he was forced by the prison director to do so.

He said he was asked to “decode” the card kept by the prison authorities after they realised that the bank account linked to it had a large sum of money.

A British-Egyptian inmate had told the court that more than £7,000 ($9,300) was taken away from his account using his card last year without his knowledge.

The court ruled that Mr Kayumba and his deputy conspired to the theft while the IT specialist was coerced to work for them, hence found not guilty.

Mr Kayumba, a senior military officer, was transferred to the prison services in 2014, heading a prison in western Rwanda before moving to the capital’s main prison.

He was arrested early this year.