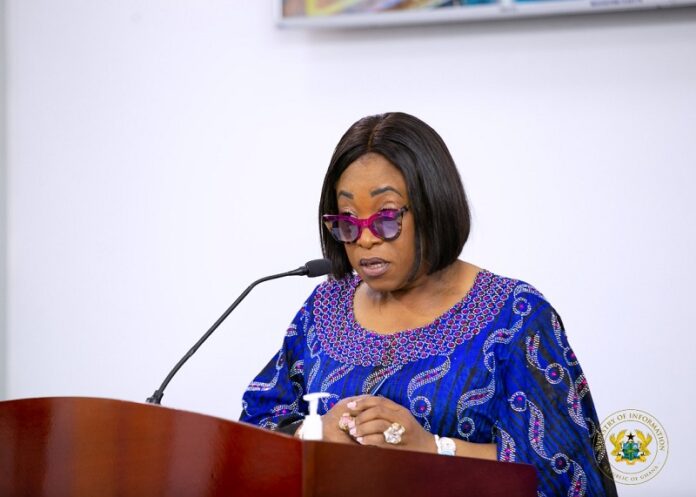 The Minister of Foreign Affairs and Regional Integration, Ms Shirley Ayorkor Botchwey, has told Parliament that the decision to offer Ghana’s presidential jet to Heads of States of neighbouring countries was in the country’s interest.

She said the approvals to the requests were based on the exigencies of the situation in the West African region, Ghana’s leadership of ECOWAS and the necessity for ensuring the effective participation of West African leaders in meetings that were critical for brokering peace in the sub-region.

Speaking on the floor of Parliament yesterday, Ms Botchwey said such peace brokerage was to enable Ghanaians and other citizens to live in a safe and secure neighbourhood.

The minister said this when she responded to a question by the National Democratic Congress (NDC) Member of Parliament for North Tongu, Mr Samuel Okudzeto Ablakwa, who wanted to know the foreign policy considerations for approving requests from other presidents to use Ghana’s presidential Jet, the total number of approvals since 2017 to date, and the financial implications to the Ghanaian taxpayer.

“As Chair of the Authority of ECOWAS, Ghana has had to exert extra efforts and resources to provide leadership in finding lasting solutions to the crisis in our ECOWAS sub-region,” she said.

In the wake of the recent Guinea political crisis, President Nana Addo Dankwa Akuffo-Addo, in his capacity as the ECOWAS Chair, not only convened an emergency summit of his colleague Heads of State, but also facilitated the travel of some Heads of State to and from Accra.

The gesture ensured the participation of almost all Heads of States, although notice for the emergency meeting was very short.

“Mr Speaker, I wish to assure this House as well as the good people of Ghana that the government is not on a quest to wantonly dissipate state resources but is focused on pursuing pragmatic foreign policy to foster regional integration and good neighbourliness which will ultimately inure to the benefit of Ghanaians and West Africa in general,” she said.

Moreover, she indicated that it was not the practice anywhere to bill states that were obliged to travel on the presidential jets of other states.

States, as part of bilateral and multilateral diplomatic relations, provided assistance of different forms to each other, she added.

“Thus, Ghanaian leaders have in the past been transported to different parts of the world on the presidential planes of other states.

“Similarly, Ghana has found it beneficial to our interest, in a peaceful and thriving West Africa, to lend national equipment for mediation efforts within the sub-region,” she explained.

Ms Botchwey emphasised that the practice of sharing travel resources among West African Heads of State and high-ranking officials was not a recent phenomenon.

“It is a matter of public record that during his tenure, former Nigerian President, Olusegun Obasanjo, used to offer President J. A. Kufuor a ride aboard the Nigerian presidential jet to regional summits.