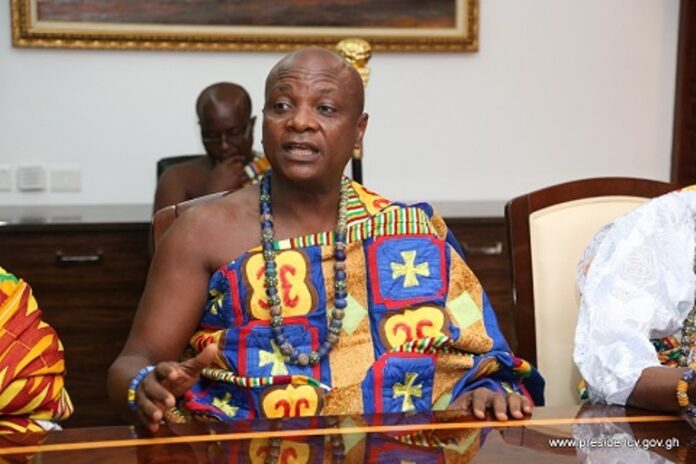 This article is a rejoinder to Bank of Ghana, BOG’s press statement headlined, “Responses to Issues Raised by Togbe Afede XIV (TAXIV) on High Interest Rates in Ghana”. During the courtesy call on me by the Rt. Hon. Alban Bagbin, Speaker of Parliament, on November 20, 2021, I spoke against BOG’s high monetary policy rate of 13.5%.

Unknown to me, the Monetary Policy Committee of BOG had voted the previous day to further increase the monetary policy rate, the benchmark interest rate, and the rate at which BOG lends to commercial banks, to 14.5%. Coincidentally, the Bank of England (BOE) also increased its prime rate for December 2021 to 0.25%, from 0.1%, to meet a 2% inflation target.

Decreasing or increasing an already high monetary policy rate so marginally itself betrays a lack of confidence on the part of our monetary policy authority, or a lack of belief in what they are doing. BOG’s “responses” to my speech included misrepresentations and outright lies, most notably:

1. It is not correct for BOG to say that “nowhere in the said article (reference to my speech) was inflation mentioned as a key factor of determining the level of interest rate in the economy”. On the contrary, my arguments centred primarily on the application of the wrong inflation measure or concept.

Ghana’s relatively higher debt service cost to GDP ratio is partly due to the very high domestic interest rate, which also has implications for our risk profile, and thus, external borrowing cost. As at end of November 2021, domestic debt, per BOG’s Summary of Economic and Financial Data, accounts for 52.1% of total debt.

3. Nowhere in my speech did I compare “the balance sheets of the central banks of UK and Ghana”. I compared the sizes of the two economies using their GDPs to show that it is odd for BOG to make so much more profit than BOE. UK’s GDP is US$2.7trillion, almost 40 times our GDP, which is US$72billion.

4. I am particularly shocked by BOG’s attempt to misinform the public by suggesting that, “A quick reference to page 101 of the Bank of England Annual Report for 2020 shows a net operating income of £738 million (equivalent to some US$1.01 billion). This is obviously different from the US$76 million profit indicated in the circulated article”. I spoke about BOG’s net profit of US$270 million.

BOG chose to compare that to BOE’s operating income of “US$1.01 billion”. The two are not comparable. The truth is, BOG made US$270 million net profit (2020), while BOE made US$76 million net profit (2020/21). Maybe the writer of BOG’s response made a genuine mistake. In the previous year, BOE made a net profit of US$96 million (2019/20); BOG made US$310 million (2019). Obviously, BOG officials are not aware of how much more profitable they are. Also, we are comparing US$ equivalents, and they cannot claim that BOG’s massive profits in 2019 and 2020 are the result of the revaluation of fixed assets.

5. My reference to Ecobank Ghana and Stanchart Chartered Bank’s respective January to September 2021 net profits of GHS468 million and GHS385 million was to show how profitable the banking sector has been in our high interest rate environment, at the expense of other sectors. Investors in equities listed on the Ghana Stock Exchange can attest to this. It is not true that these massive profits are due simply to “strong branch network, superior technology and efficient banking practices”.

This meant that out of every GHS100 Ecobank Ghana and Standard Chartered made in interest income, they paid out only GHS12 and GHS20, respectively, to depositors. It is obvious BOG was not aware of this. They need to do a better review of the accounts of the banks they regulate.

Generally, the BOG’s responses were lame and failed to address the core issues I raised. So, I invite them to make a better attempt, taking a dispassionate look at the following:

2. The application of textbook economic lessons or general principles must respect the peculiarities of our economy – cash-based, with relatively limited use of credit; large informal sector; lower level of development, etc.

3. A bad model will give bad results, and so will the wrong inputs into a good model. That is why good analysts will regularly assess the reasonableness of the results produced by their models in order to evaluate the reliability of the models and/or the quality of input data.

4. I am fully aware of the differences between Ghana and the UK. But we all compete in the same global market, and as professionals we should not pick and choose, as it suits us, when we can learn from, or when we can compare our statistics with those of, countries that have achieved the heights we aspire to attain. In any case, the same arguments can be made using Zambia.

That is why BOG argues that, “The simple theory underpinning finance suggests that investors will always have to be compensated for inflation and that investors always factor in real interest rates in making decisions. With an inflation rate of 11 per cent, the central bank’s policy rate of 13.5 per cent implies a real interest rate of 2.5 per cent”. That is not only simplistic but wrong! As an investor, I want to be compensated for future (expected) inflation, not past inflation. BOE has set a prime rate of 0.25%, targeting inflation of 2%, while its headline inflation rate is 5.1%. By BOG’s definition, the real interest rate in England is -4.85%; Zambia’s is -10.3%! Why then must our equivalent always be positive?

Comparing nominal interest rate to year-on-year inflation, and trying to keep the former above the latter is professional bankruptcy, the self-fulfilling prophesy that has made it impossible for us to take advantage of almost 30 years of democratic stability, during which period most of our neighbours were in turmoil.

6. Reducing the policy rate from 25.5% to 14.5% over a period of 5 years, December 2016 to December 2021, is no achievement given that many central banks have been able to cut their rates by half in a single policy or prime rate decision whenever they found it necessary. We should not be satisfied, let alone boast of such little things, while the people are suffering.

7. It is not only disingenuous and funny but dishonest of BOG to try to claim credit for the 7.8% year-on-year inflation rate recorded in August 2019, when we all know for a fact that this was the result of the rebasing of the consumer price index (CPI). Even at that time, the BOG held faithful to its high policy rate, keeping it at 16%! This was why we climbed back quickly into double-digit year-on-year inflation.

8. The BOG’s target inflation of 8% cannot be achieved with a 14.5% policy rate. First of all, it does not send the right signal. Secondly, we must remember that interest (rate) is itself a cost that businesses must bear, and thus, it has been a factor in our cost-push inflation. Keeping interest rates high during a pandemic (COVID), that has hurt incomes and effective demand, is madness. Most countries have done the opposite. COVID has even affected consumption patterns, requiring care in the measurement of inflation, and even greater care in the interpretation and use of calculated inflation figures.

10. It is true that many factors affect the cost of credit. It is also true that we have fiscal policy challenges, and the massive growth of our public debt is dangerous. But high interest rates are not simply a consequence of budget deficits, but also a factor since a lot of government revenue goes to service high-priced domestic debt. The policy rate has set a high benchmark for all other rates, including the rate at which the government borrows from the domestic market.

I want to conclude by emphasizing the following: Firstly, none of BOG’s arguments justify the astronomically high monetary policy rates that have burdened our economy over the past 20 years. We cannot use “higher interest rates to maintain exchange rate stability”. It has not worked for us. Parity laws tell us the opposite. And certainly, the high monetary policy rates will not help efforts to remove the “structural bottlenecks” that BOG alluded to. Secondly, just as BOG makes reference to “years of macroeconomic mismanagement”, ten years from now, the same reference will be made if the approach to monetary policy formulation does not change.

I hope BOG appreciates that macroeconomic mismanagement can come from both the fiscal and the monetary.

Thirdly, the aggressive pursuit of profits by the BOG has created conflict, a moral hazard situation, that has been bad for our economy. They set the rules, and determine price! This must cease, and the bulk of the profits made must be paid to the shareholder, Government, by way of dividends. Fourthly, critical open-mindedness is the hallmark of true professionals and policymakers, and one cannot be doing the same thing the same way for 20 years and expect different results.

I made the same arguments in May 2003 and throughout my time on the board of BOG, August 2003 to July 2013. After 20 years of failure to bring inflation under control, BOG must eat humble pie, and take an honest, dispassionate and critical look at their approach and methods. Indeed, it is about time we deal with this monetary policy bottleneck that has hurt our development prospects over the years. The consequences are everywhere – in the manufacturing sector, the real estate sector, etc.

The lethargic development of our mortgage sector and our inability to meet our housing needs, for example, are largely consequences of the high inflation and interest rates that have crippled the long-term debt market. It is unfortunate that not since May 2003 when I questioned the soundness of BOG’s monetary policy has there been any open debate on the subject. I would urge our economists to show some interest.

The “independence” of BOG does not grant it immunity from constructive criticism. BOG must demonstrate genuine commitment to stability, growth and employment generation.

I rest my case.

Best wishes to all for a merry Christmas, and for prosperity and happiness in the New Year.