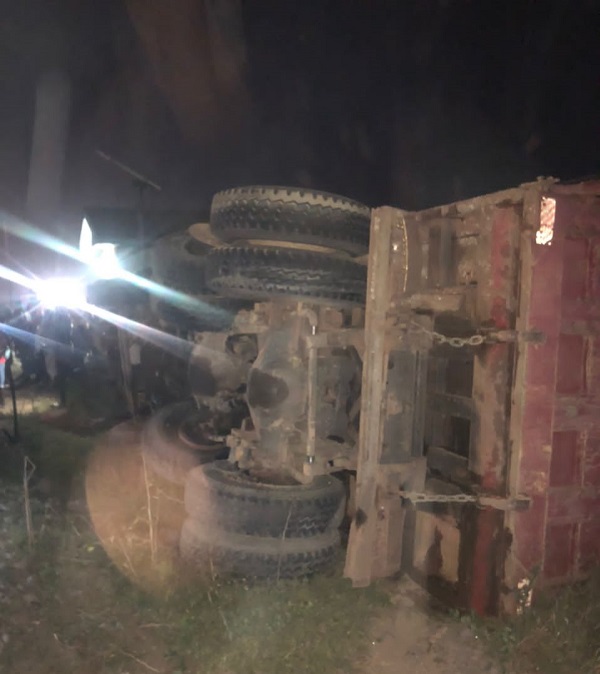 Five persons have been hospitalized at the Effia Nkwanta Regional Hospital after a train crashed into an overspeeding tipper truck that declined to stop for an oncoming train.

The incident comes just a couple of days after 2 trains were involved in a head-on-collision at Manso in the Mpohor District also in the Western Region that left 4 dead.

Speaking to Kwame Malcolm host of Takoradi-based Radio 360 morning flagship programme “Y3nsom” the Assemblymember for Nkontompo Anthony Ephraim revealed that the truck that belongs to Safebond Company with registration number GC-723 -21 was overspeeding as it is often the case, that caused the accident.

“Despite our numerous pleas to authorities for speed ramps to check such recalcitrant drivers, it has all fallen on deaf ears as our indigenes keep being maimed and killed by such overspending drivers. By next year, we will construct our own speed ramps to save lives. Last, it was an overspeeding truck that was also crushed by a train just like this and it is almost a year; our street lights are not working since JusMoh ( Road contractor) came to fix our roads damaging all cables. Now the signals person has to be using a red flag at night that is barely visible…when we were kids there was automation that went blaring when the train was approaching but now it is not the case and the Railways Company too need to be blamed and called to order” the Nkontompo Assemblymember quipped. 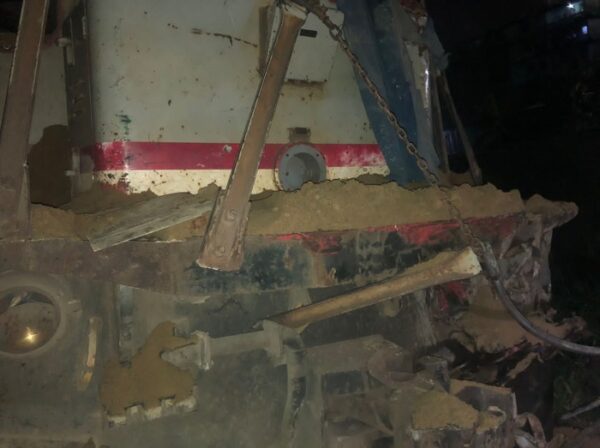 The Deputy Chief Civil Engineer at Ghana Railways Company, Ing Emmanuel Aggudey said the accident was due to overspeeding and lack of caution to road safety requirements when drivers approach the rail crossing.

“There was a warning and signal for cars to stop for the approaching train to pass before the cars could drive by but the truck was overspeeding and refused to stop hence being crashed into by the approaching train. Even after that incident a young driver with a tipper truck also was noticed driving at top speed and the indigenes had to chase him up to tell him to slow down.”

Explaining why there is no automated signal to stop oncoming traffic when a train approaches, he said a similar accident damaged the setup.

“A similar accident caused by an overspeeding truck almost a year ago damaged the computerized signal set up and we are still in talks with the company to replace it so for the meantime we have resorted to a manual alternative that calls for the basic “stop look and listen” mandate of all drivers to ensure safety. Another danger too sometimes even residents in those adjoining areas like Essaman etc go and sleep on the rail lines and all these pose great danger to lives coupled with the overspeeding trucks. We will engage the authorities to put in place speed ramps to check such recalcitrant drivers,” he stated.