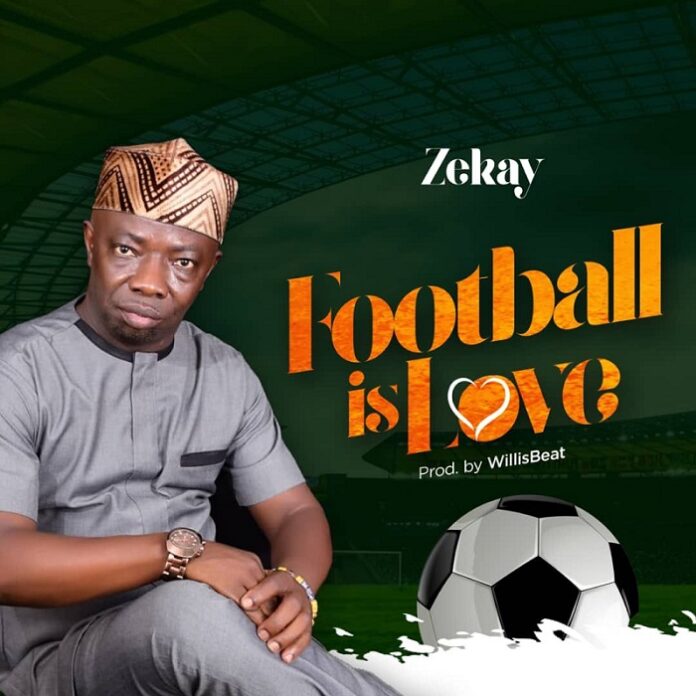 This time around, he has touched the passion of the people by doing a song that celebrates the game of association football.

He calls this one ‘Football Is Love’ and was arranged and produced by award-winning beat maker WillisBeatz.

The song is indeed a must listen beyond all reasonable doubts.

According to Zekay, he did this song because of football and wants football people to enjoy the song any time they watch football.

“Football remains one of the best sports that bring people together. You know football has the ability to unite people, unite families, unite friends, unite nations. Especially, when you are playing football, any time that a team will score, that kind of jubilation makes you feel better,” he said.

He also indicated that most people also meet their lovers at the football grounds since it has a special passion expressed right from the heart.

“Again, football carries some special kind of passion so I believe that football has the ability to bring people together; it brings clubs together, teams together and makes the world go round. This is because in entertainment, when you take music, the next thing is football and other lesser sports also come in,” Zekay pointed out.

He further charged Ghanaian authorities to pay more attention to harnessing youth football talents to boost the country’s exploits of the game.

“In Ghana for instance, football is one area we invest so much in and I believe if we are able to harness talents that the country is blessed with we can move forward. Look at what happened quite recently with the Hasaacas Ladies who went to Egypt to play at the CAF Women’s Championship. It was really beautiful because it brought the whole African continent together. So I think Ghana needs to invest more in football

His real name is Isaac Affum and he goes by the stage name Zekay and he has done exactly what he promised to do by taking his music to the next level.

His style combines Afropop and fusion of Ghana drums popularly known as JAMA.

Zekay is a Sekodi-Takoradi-based super talent who has had his songs widely played on air on both radio and television stations in Ghana, Nigeria UK, the USA among others.

He attended Prestea Primary school, had his “O” and” A” Level at Tarkwa secondary school.
He holds a Degree in Planning from the Kwame Nkrumah University of Science and Technology (1997–2001) and also holds a Master’s Degree in Environmental Management and Policy from Cape Coast University (2016-2017).

Listen to the song below: