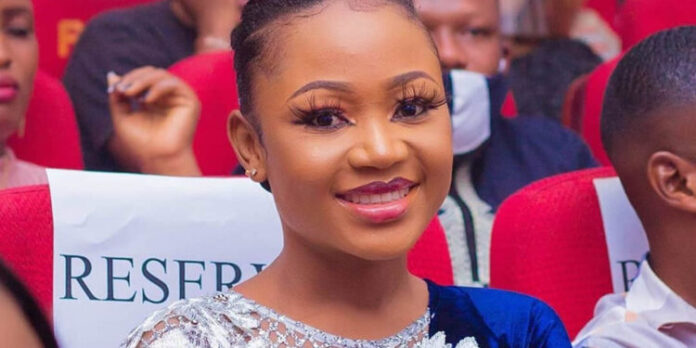 Actress Rosemond Alade Brown popularly known as Akuapem Poloo has paid her fine of 1000 penalty unit equivalent to GHc12, 000 as a replacement for her 90-day custodial sentence.

The actress, who is currently at the Nsawam Prison is expected to be released today after paying the said amount.

EIB Network’s Court Correspondent Murtala Inusah who is monitoring events at the Court reports that, the money has been paid to the Judicial Service and receipt of payment date Defence 16, 2021 issued to her lawyers led by Andrew Kudzo Vortia. 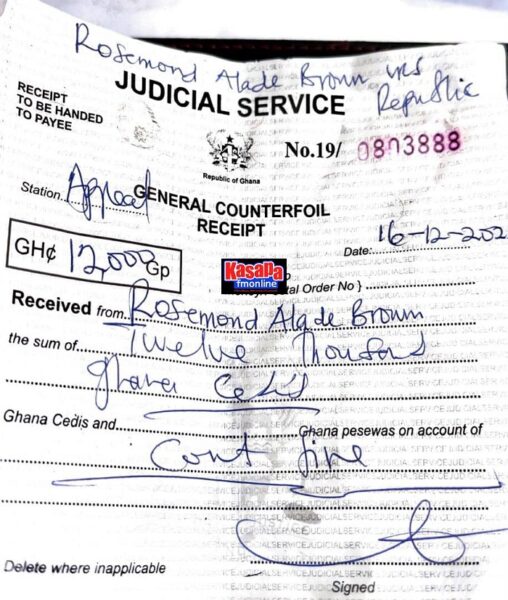 A three-member panel of the Court of Appeal Wednesday, December 15, reversed the 90 days jail term imposed on her.

This was after the prosecution had indicated to the court that, the Republic does not opposed to both the application for bail and the substantive appeal.

Lawyers of the actress led by Andrew Kudzo Vortia argued that the 90-day custodial sentence was harshed and prayed for it to be replaced with a fine.

Akuapem Poloo was on April 16 sentenced to 90 days in jail after pleading guilty to three charges.

On December 1, the High Court dismissed her first appeal to have the decision reversed.

In court on Wednesday, December 15, the panel chaired by His Lordship Justice Henry Anthony Kwoffie said, even though the 90 days sentence was right, they are minded to replace it with a fine.

“We have decided to take the substantive appeal regarding the submission filed by learned counsel of the Appellant and the fact that the Republic does not oppose,” the court said.

The panel added that it took into consideration the scale of sentencing and “we have taken the view that the sentence was fair.”

However said, it took into consideration the interest of the seven-year-old son and the fact that he will need parental care.

The panel also considered the fact that the convict is a single mother and has shown remorse since her conviction.

While describing the incident which led to the custodial sentence as “foolish ways” the court hoped that, “she will learn good lessons of what she has gone through.”

Per the decision of the Court Akuapem Poloo will only pay GHc12, 000 to be out of jail.

The court said, if she default in payment, she will serve a term of 90 days in hard labour.

The outspoken actress was charged with three counts of publication of obscene materials, engaging in domestic violence, conduct that in any way undermines another person’s privacy or integrity, and engaging in domestic violence namely conduct that in any way detracts or is likely to detract from another person’s dignity and worth as a human being.

Rosemond who had displayed her naked picture with her son on social media on June 30, 2020, earlier pleaded not guilty to all the charges.