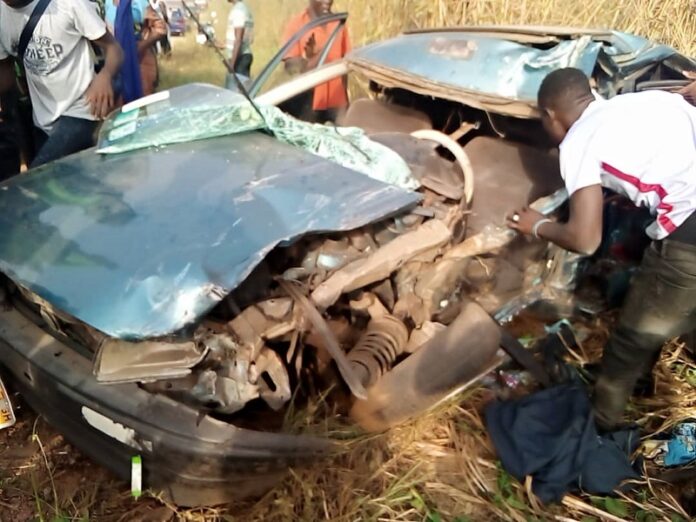 Three people have been crushed to death in a head-on-collision at Atebubu in the Atebubu-Amantin municipality of the Bono East Region. 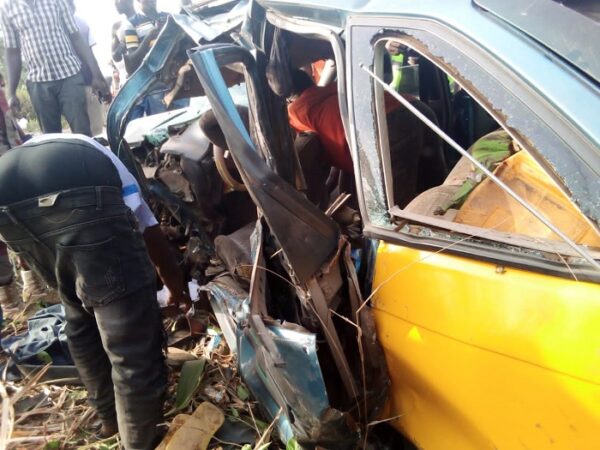 Reports say the accident occurred when the driver of the taxicab attempted to swerve a pothole and in the process drove straight into the oncoming vehicle killing three on the spot. 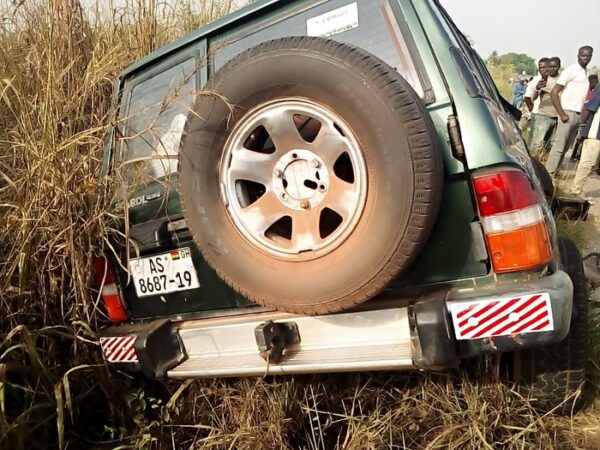 Two others who survived, a woman and a six months baby sustained injuries and were rushed to the hospital for treatment.