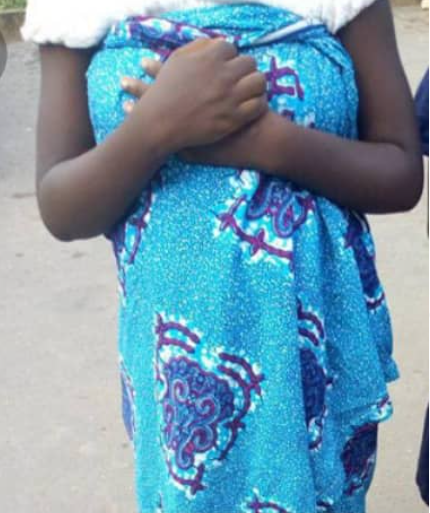 The Assistant Headteacher of Twifo Hasowodze D/A JHS in the Twifo Attimorkwa District of the Central Region, Emmanuel Tei Ayertey, and two other teachers of the same school, have allegedly defiled and impregnated a 14-year-old JHS Pupil.

The other teachers are Isaac Barns and Cletus Essien.

A report by EIB Network Central Regional Correspondent Yaw Boagyan revealed that the School Management Committee (SMC) Chairman, Mr. Yaw Asiedu; stepmother of the victim, Adwoa Nkuma; and some committee members of the community are conspiring to conceal the truth.

In an alleged attempt to cover up the story, they are said to have negotiated and charged the perpetrators to pay GH¢7,000 each but later settled on GH¢5,000 each.

Additionally, Mr. Yaw Asiedu, together with the victim’s stepmother and committee members reportedly agreed on a monthly payment of GH¢100 from each of the teachers to cater for the welfare of the girl till she delivers.

Further checks also disclosed that the suspected teachers who have allegedly admitted to defiling and impregnating the teenager, have already made part payment to the tune of GH¢3,000 in fulfillment of their earlier agreement.

Meanwhile, the Abusuapanin of the town, Nana Kofi Donkor, has condemned the act and said they have charged the Assembly Member of the area, Mr. Charles Kwasi Domenyo, to as a matter of urgency report the case to the police.

He also advised parents to monitor the movements of their wards and girl children from sex predators, to report any sexual harassment to their parents.

“I’m pleading with parents and guardians to be responsible and keep a close eye on their children to avert similar incidents in the future,” he added.

He also cautioned teachers “to desist from such unscrupulous acts as it would cost them their work.”