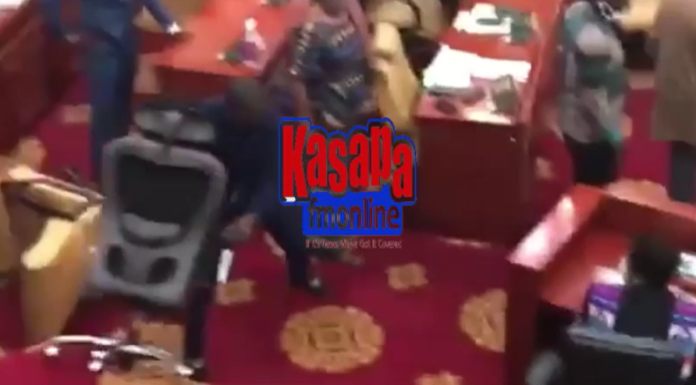 Parliament was thrown into pandemonium as some Minority MPs attempted to snatch the mace away as well as the Speaker’s chair which had been left vacant after the Speaker announced an hour suspension on Wednesday.

This was after the first deputy speaker ruled he is not a speaker and thus restrictions on speakers of Parliament do not apply to him as being argued by the minority members.

In the middle of his ruling, the Asawase MP, Muntaka Mubarak interrupted questioning why the first deputy speaker was ruling on a motion when he ought to put forth a question for the House to decide.

It is believed the development was the reason why the 1st Deputy Speaker failed to put the question.

The First Deputy Speaker, therefore, threw out the motion by the Minority requesting for the approval of the 2022 budget that happened on Tuesday, November 30, 2021, to be set aside.

The minority has thus vowed never to allow the first deputy speaker to preside ever again since he declared he’s no speaker.

‘Blame Joseph Osei Owusu for brawl in Parliament not me’ – Bagbin

‘We can’t enter parliament to enforce law and order’ – Police