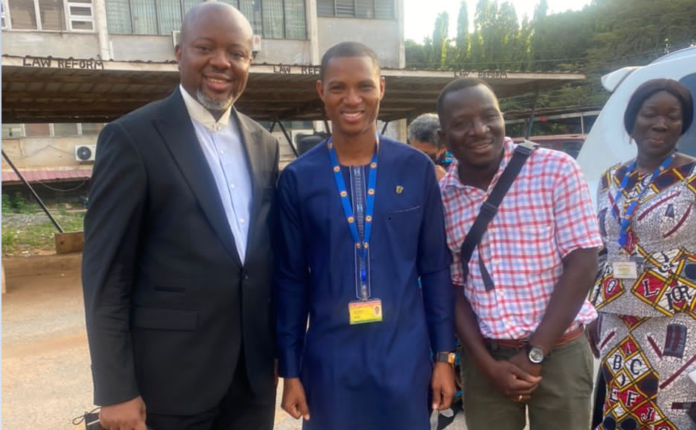 The Kaneshie District Court has rescinded the bench warrant issued on Monday, November 29, 2021 for the arrest of Madina MP, Francis-Xavier Sosu

The Madina lawmaker was in Court on December 1, 2021 following his motion for rescission of the bench warrant.

The embattled Member of Parliament for the Madina Constituency, Francis Xavier Sosu on Tuesday, November 30, 2021 filed a motion on notice for Stay of Execution and for an order to set aside the bench warrant issued by Kaneshie District Court.

The motion was filed a day after the court presided over by Her Worship Oheneba Kufour issued a bench warrant for the arrest of the MP.