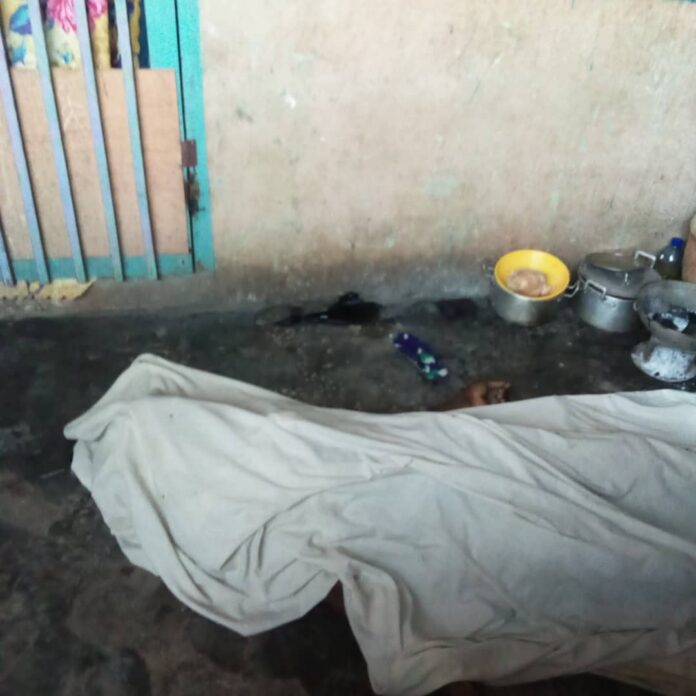 Benjamin Okyere, a resident of Salem, a suburb Adeiso where the incident occurred said he had information that Thomas Agyei alias Paa Joe has committed suicide by hanging hence quickly reported the incident to the police.

According to the Public Relations Officer of the Eastern Regional Police Command, DSP Ebenezer Tetteh, police proceeded to the scene where the deceased was seen lying clenched in a supine position.

He said police noticed that a yellow electric cable wire tied around a wood under the roof and a piece of it beside the body.

After taking inventories, the body was removed and deposited at Nsawam Government Hospital mortuary for autopsy.

Kasapa News has gathered that the now-deceased person recently bitterly complained to the father about the fact that his wife has walked out of the marriage and parked all her things from the house.

About a month ago, a 25-year-old man, Kwasi Antwi, has allegedly committed suicide by hanging on about 15 feet tall coconut tree after climbing with a ladder.

The bizarre incident occurred Monday, October 11, 2021 at about 5:30 am in Akyem Aperade Bonkagyeesu, a farming Community in Achiase District in the Eastern region.
preservation and autopsy.