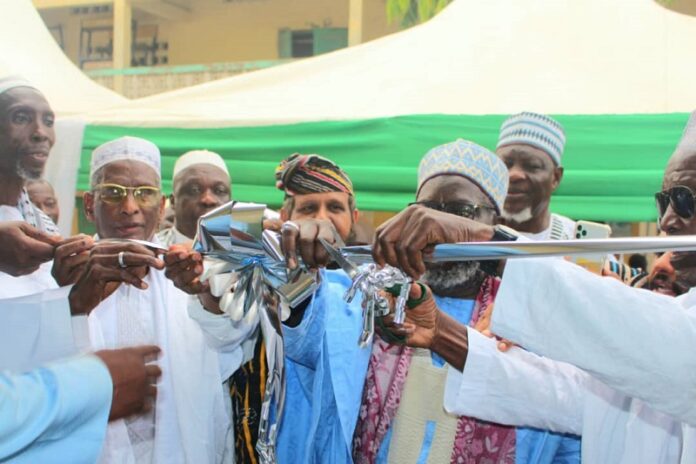 A new nine (9)-unit classroom block with a Mosque has been built for the Saquafiyya Islamic school in the Obuasi Municipality.

The facility was initiated by two Arab brothers from the Kingdom of Saudi Arabia; Hassan Al- Karbi and Saad Al Quarni.

At a short ceremony to commission the two magnificent projects, Hassan Al- Karbi said they were moved to assist the school after one Alhaji Abdul Basit contacted them about the plight of the school. He appealed to Muslim parents to make the education of their children a priority by investing in it. 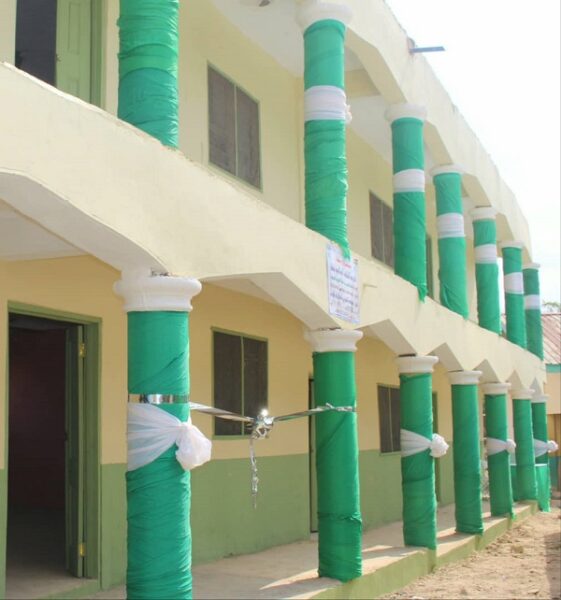 The Headmaster of Saquafiyya JHS lauded the two brothers for coming to the aid of the school. He said though Government is doing its bit to assist the school, the benevolence of individuals and groups is needed to complement the efforts of Government.

He said it behoves on management of the school as well as students to do their best to protect the facilities to stand the test of time.

He made a passionate appeal to other benevolent groups to come to the aid of the school.  He said ” with such assistance coming from groups and individuals,  we believe that the Saquafiyya Islamic school can compete with other schools within the Municipality “.

Suleman Dawud who represented the Municipal Director of Education added his voice on the need for Muslims to prioritize education. He mentioned that Islam was founded on education. He said Islamic history has it done when the Quran was handed over to the Prophet Muhammad,  he was told IQRA which means to recite. He said ” you cannot recite if you do not know anything hence knowledge acquisition is compulsory for all Muslims.” 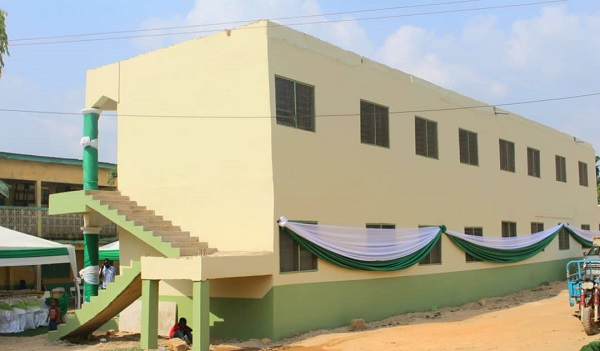 Whiles praising the two brothers for their kind gesture, Mr. Dawud appealed to them and other benevolent organisations to help develop a project that was handed over to the Obuasi Chief Zongo by the Muslim Workers Association, to be converted into a Vocational school.

A representative of the Obuasi Chief Zongo, Alhaji Abdul Karim Cesay appealed to the school authorities to make sure they protect the facilities to become useful in the future.  He also emphasised on the importance of education to the Muslim community.

Leaders of the Muslim community in Obuasi, teachers and Students of the school as well as members of the community were present.