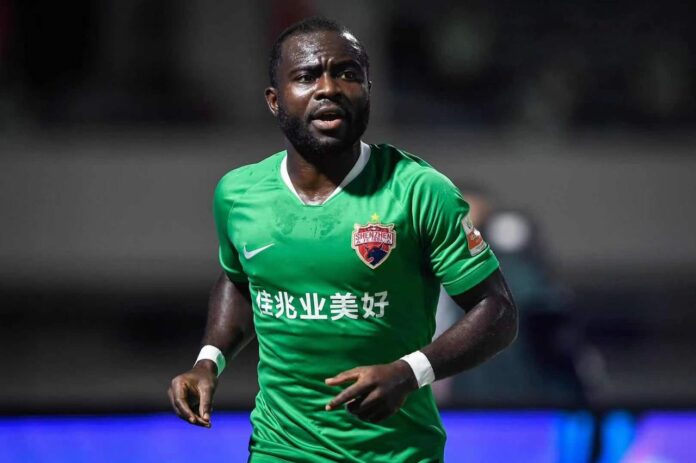 Ghana international and Black Stars Winger, Frank Acheampong was in full time 90 minutes action for his team Shenzhen FC in a game that ended in an all-square 1:1 draw against Changchun Yatai.

This game was in the round of 16 of the Chinese Super League.

Negao J. netted and took the lead for Changchun Yatai while Quintero Li Yuanyi leveled in the 77th minute for Shenzhen FC.

The experienced Ghanaian forward since joining the Chinese Super League has managed to prove himself and is currently one of the top players in his team.

Frank Acheampong so far has four goals from 16 matches in the Chinese Super League this season.

This puts Frank Acheampong in a very fine and promising form.