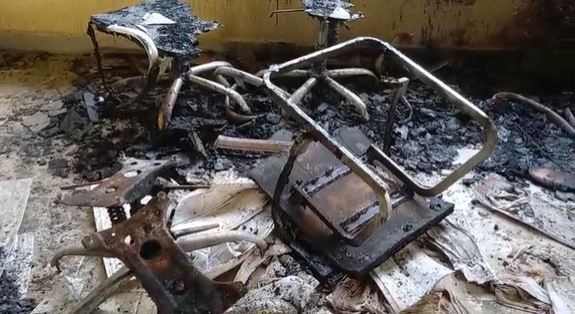 Suspected land guards have set ablaze a newly built Police station which is set to be commissioned this week at Tenbibian, near Obom in the Ga South Municipality of the Greater Accra Region.

The criminals vandalized the glass doors before ripping off the ceiling and torching furniture in the Commander’s office. 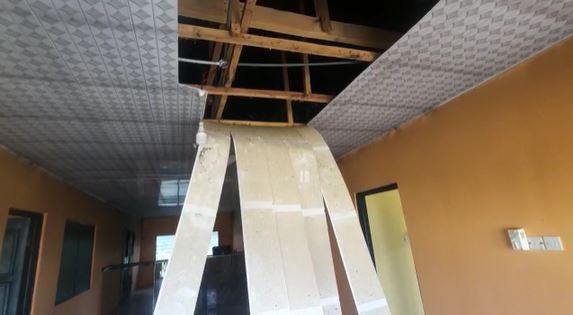 Land guards have over the years been terrorizing residents of Tenbibian, Obom, and Ashalaja. It is believed the thugs resorted to burning and vandalizing the Police Station as they see their criminal activities coming to an end very soon when the police station is operationalized. 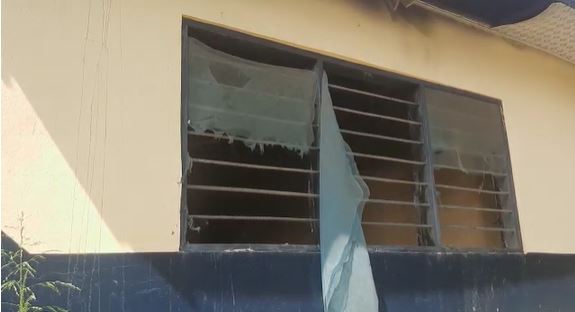 Meanwhile, Chief of Tenbibian, Nii Quashie Amponsah has condemned the dastardly act and called on Ghana Police Service to conduct an investigation into the incident and arrest and prosecute the culprits.

The Municipal Chief Executive for Ga South, Joseph Nyarni also added his voice to condemn the crime and assured that the police station will be refurbished and refurnished.