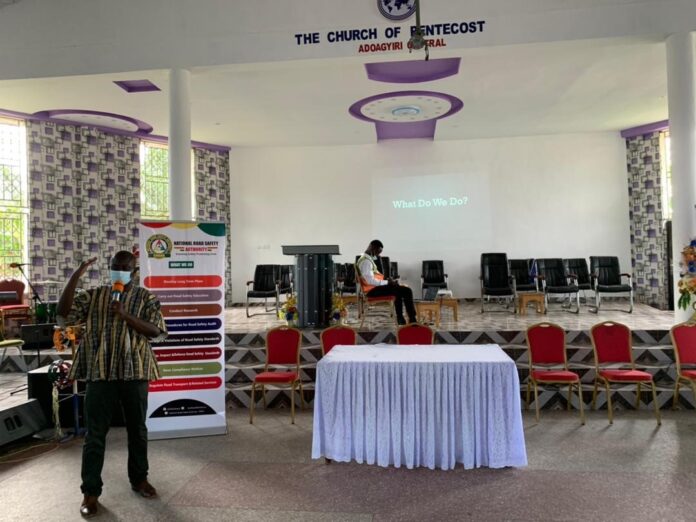 The National Road Safety Authority in the Eastern Region has engaged Pastors and Elders within the Kwahu West municipality on a “stay alive” campaign to help reduce road accidents in this year’s Christmas and subsequent years to come.

According to the Authority, the motive behind the exercise is to get the information through the leaders to their church members.

According to him, there are two major contributing factors causing road accidents, which are overtaking and careless motor riding. 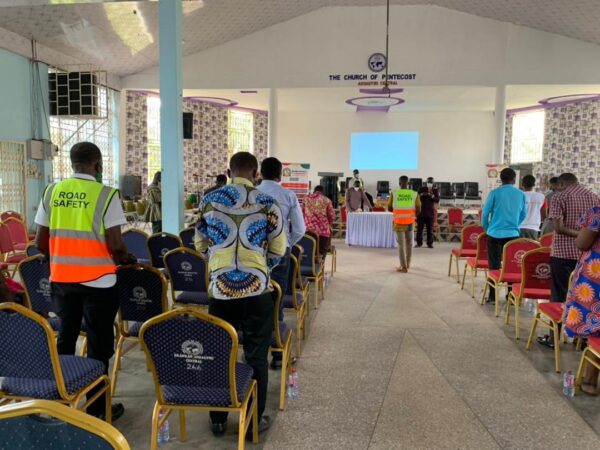 Mr. Dennis Yeribu stated that the reason they decided to engage churches in this campaign is that, churches possess a huge number of people that they can easily disseminate their information to.

He noted that there are other divisions that are engaging drivers, motor riders, passengers, and pedestrians as well.

“Our engagement with churches will continue from now to next year and beyond. We have now gotten space from the Kwahu West assembly so we are now trying to establish and equip it. We are aiming that, by next year the office will be fully established and begin its operation proper.” he added.

Speaking on mandatory training for drivers, he said NRSA has partnered with DVLA, MTTD, others to ensure mandatory refresher training especially for the commercial bus drivers of which they have agreed through their various groups. 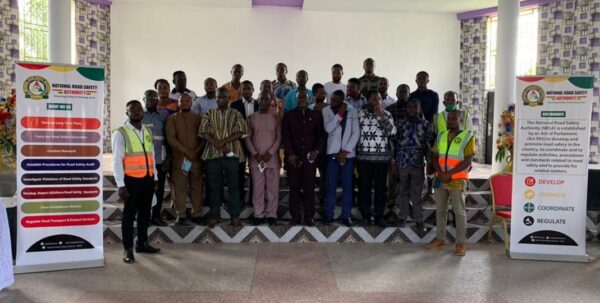 He said the commencement of the program was to start in November but due to a few challenges they had to postpone it but it will begin next year.

According to him, the motive behind the training is to help drivers learn and adapt to new things as they come.

Concurrently, he said they will engage owners of long journey vehicles to have two drivers per bus and pay them salaries to help reduce overspeeding which most of the time leads to accidents.

Mr. Dennis Yeribu appealed for support from corporate bodies to assist them with equipment.

Agoo News Ebenezer Amoako reported that some of the participants applauded the move by the national road safety authority saying they appealed to the authority to engage drivers more by way of educating them on road signs as well.