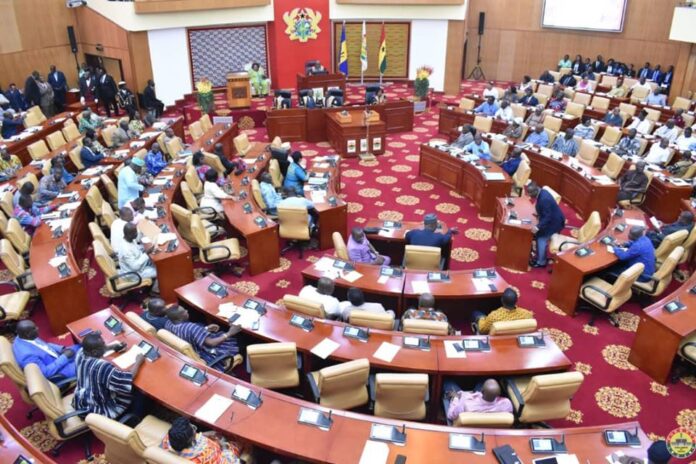 Parliament has adjourned sine die to return on a tentative date of January 18, 2022, as it has abandoned the controversial E-Levy following a free-for-all brawl last night.

The Majority Leader Osei Kyei-Mensah-Bonsu who moved the application for adjournment on Tuesday morning argued the move is to ensure a serene environment for consideration of the contentious E-Levy.

In supporting the motion, Minority Leader Haruna Iddrisu disclosed such a move will allow for further consultations on the vexed matter of E-levy.

The meeting was presided over by the First Deputy Speaker, Joseph Osei Owusu.

Chaos broke out in parliament on Tuesday dawn during consideration of the controversial E-Levy bill as MPs engaged in a free for all fight.

The Minority called for a division when the deputy Speaker ruled the Majority had won a voice vote to carry a motion for adoption of the report of the finance committee on the bill.

Sitting however resumed with first deputy speaker Joseph Osei-Owusu presiding who announced he would partake in the voting even as he presides despite standing order 109 barring him from doing so. This got the minority agitated. Chaos then broke out when he handed over the chair to the second deputy speaker who had voted to enable him to vote too.