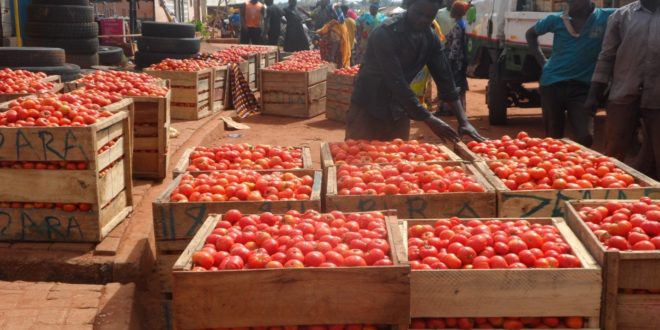 Some farmers at Hweehwee, a suburb of Abetifi in the Kwahu East District of Eastern Region have rubbished claims that tomatoes from Burkina Faso are far better than tomatoes produced in Ghana.

According to him, tomatoes in Ghana are of good quantity adding that they could be kept for a longer period for use, unlike Burkina Faso-produced tomatoes.

The farmers have expressed readiness to produce larger quantities of tomatoes that is to wholesale and retail outlets across the country.

They expressed satisfaction over tomato production this year, adding that since the farming system has positively improved most of the youth have engaged in farming both men and women.

They appealed to the general public especially traders to troop to the area for tomato business since they are ready for both wholesale and retail quantities.