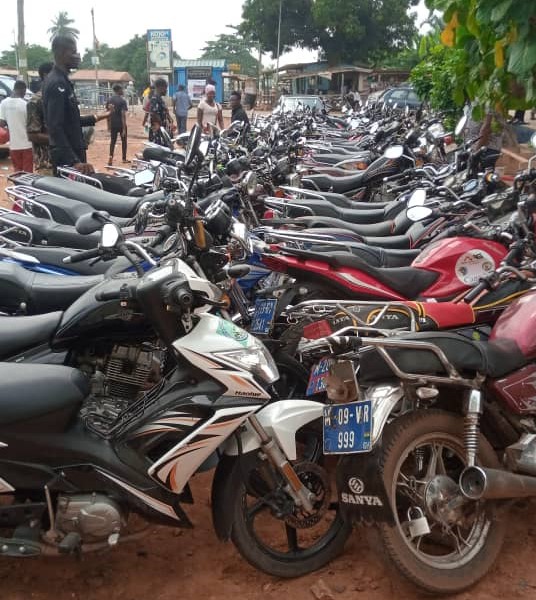 The Volta Regional Police Command has arrested some 34 suspected narcotic peddlers in Aflao in the Ketu South Municipality of the Volta region and another 2 persons in Akatsi with quantities of dried substances suspected to be Indian hemp.

The arrests were effected during a swoop carried out by the police within the Akatsi South and Ketu South Municipalities in the wake of increasing incidents of crime in the two Municipalities.

The operation which took place on Saturday 18 December 2021 also led to the arrest of some 115 okada operators for various offenses.

The suspects are currently undergoing screening and investigation.

A statement issued by the Regional Command stated that “those found culpable will be prosecuted.”

“The operation will continue throughout the region to ensure a safe and secure atmosphere for the celebration of the Yuletide,” the statement added.

The Command further stated that “the Volta Regional Police Command is assuring all law-abiding citizens in and out of the Volta region that it will stop at nothing to collaboratively fight crime to the barest minimum in the region.”