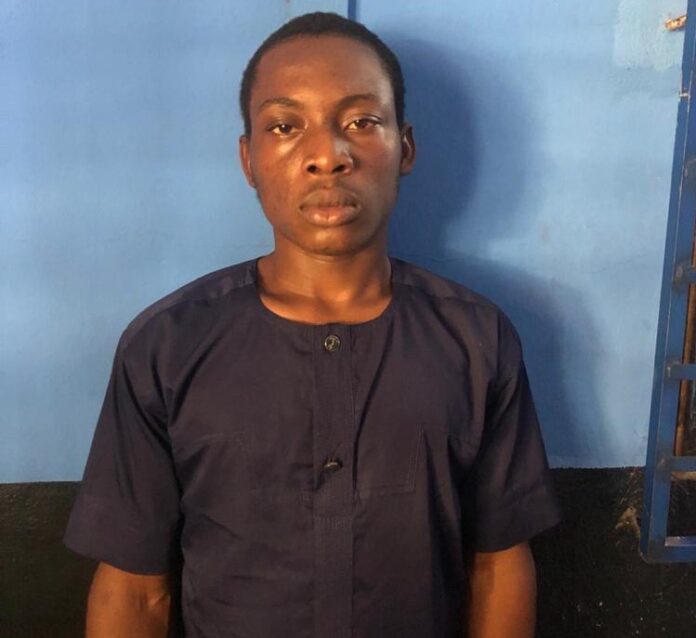 A 19-year old former student of the Three Town Senior High School, Gilbert Akakpo has been sentenced to 4-year imprisonment with hard labour by the Aflao Circuit Court for causing harm to an ICT tutor of the same school, John Kwashie Akey.

On Wednesday, August 11, 2021, the convict, Gilbert Akakpo, who was then a final-year Visual Arts student of the school, reportedly stabbed the teacher, John Kwashie Akey with a cutter when the teacher attempted to prevent him [Gilbert Akakpo] from bullying some first-year students of the school.

The convict fled the school following the attack but was later handed over to the police by his parents on Thursday, August 12, 2021.

Gilbert, was, however, granted bail by the court when he first appeared in August and was allowed to sit for the rest of his final examinations.

Appearing in court on Tuesday, 30th November, 2021 the prosecution told the court that, the victim, John Kwashie Akey, sustained deep cut wounds on the upper part of his left arm as a result of the attack and has had to be sent to the Ketu South Municipal hospital where he was treated and discharged.

In his ruling, the presiding judge, His Honour Joseph Ofosu stated that the court was lenient on the convict as a first-time offender.

He, however, stated that the punishment was necessary to serve as a deterrent to other students who have no respect for authorities in schools.

The convict is currently awaiting a Covid-19 test result before he is conveyed to the Ho Central Prison to begin his prison term.