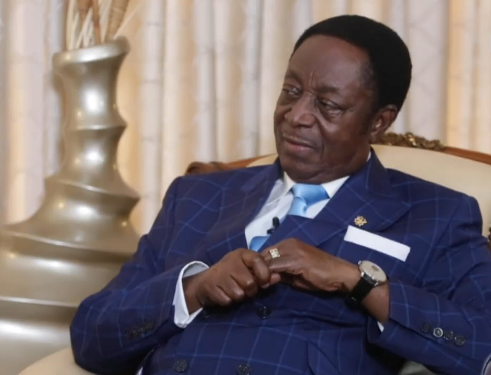 A former Deputy General Secretary of the National Democratic Congress (NDC), Koku Anyidoho has said former Governor of the Bank of Ghana, Dr Kwabena Duffuor has what it takes to be the presidential candidate of the NDC and also president of Ghana.

In a tweet, Mr Anyidoho said “He has what it takes! Happy New year to him.”

Dr Duffuor had officially declared his intention to be President of Ghana.

Although his party, the National Democratic Congress (NDC) is yet to open nominations for the presidential race ahead of the 2024 elections, the former Governor of the Bank of Ghana who was the Finance Minister under the Mills’ administration said he would welcome a decision of the delegate of the NDC to make him the presidential candidate for the party in the next general elections.

He said these in an interview with TV3’s Roland Walker in Accra on Monday November 29.

Roland told him that “I saw a promo of  you advocating for young people to get involved in the NDC and make sure that they also take part in the governance process, is it that you have the presidential ambition at all? You want to become president of our Republic?”

Dr Duffuor replied saying “I was the Finance Minister so I was in politics but we have not started talking about the NDC presidential race yet, if we get there and I am given the nod why not?”

He replied “There are two people who are doing very well in politics, they are lawyers. Look at Bagbin with over 30 years in politics, look at this young man Haruna, any of them. If I have Haruna Iddrisu or Bagbin, any could be my running mate, they are working hard, they are in politics and they will complement me.”