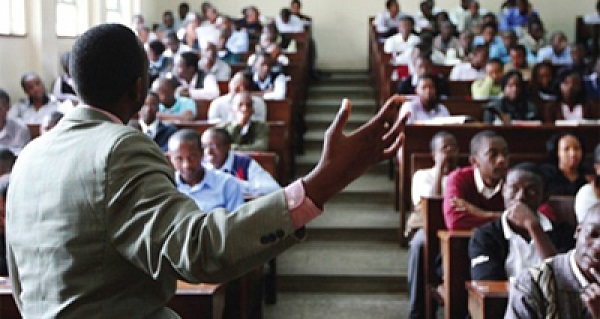 The Ghana Tertiary Education Commission (GTEC) has scheduled a meeting with the leadership of the Colleges of Education Teachers Association of Ghana (CETAG) on Monday, January 10, over their demands for better working conditions.

This comes after the association received a written invitation from the Ghana Tertiary Education Commission on January 7, 2022.

The association began an indefinite strike on December 6, over claims government has failed to implement the 2017-2020 conditions of service as agreed in a Memorandum of Understanding signed between CETAG and Government. They want government to pay their interim premiums and book and research allowances.

In an interview with Citi News, the General Secretary of the Colleges of Education Teachers Association of Ghana (CETAG), Prince Obeng says the outcome of the meeting will determine their next line of action.

“Yesterday, we received a written invitation from the Ghana Tertiary Education Commission (GTEC). So as regulators, when they invite you, you have no morality and justification to say you wouldn’t attend. We have, consequently, shown the letter to the council and that we’ve had further discussions. Council has given approval that we attend, so we will go and listen to whatever they have then come back to council with whatever it is that will come out, and then we’ll take it from there”.

Already, CETAG has made known that the strike will affect studies at various Colleges of Education across the country as students are expected to resume academic work on Saturday, January 8.

The last time CETAG embarked on a strike was in December 2018. This was after it accused the government of breaching the terms of an agreement it had with them on the payment of interim premiums and book and research allowances.

Their strike forced the Ministry of Education to order the closure of all the 46 Colleges of Education in the country.

CETAG subsequently called off the strike after they agreed to resume negotiations with the National Labour Commission and Labour Ministry.