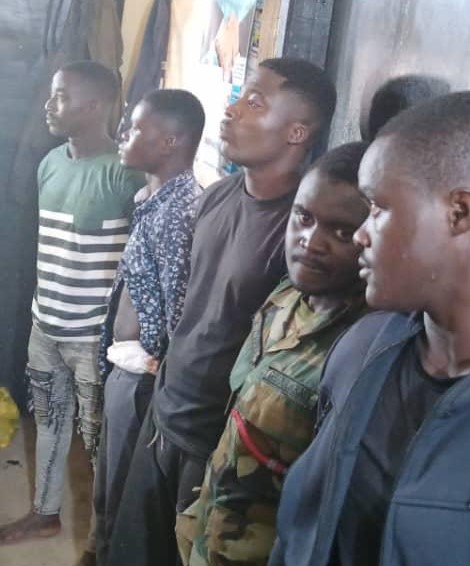 Five suspects have been arrested on the Buipe – Tamale highway by the Police for snatching two vehicles from their owners.

According to the Police, on Sunday, January 23, 2022, upon information received from RCID/Tamale to the effect that some people attacked and robbed someone in Tamale of his Toyata Camry car and other items and fled towards Buipe direction, the Buipe highway patrol team on duty at Sawaba Police checkpoint on Buipe – Tamale highway intercepted and arrested occupants of two vehicles with registration number AS8445-19 and GX6923-20 in connection with the crime and brought same to Buipe Police Station. 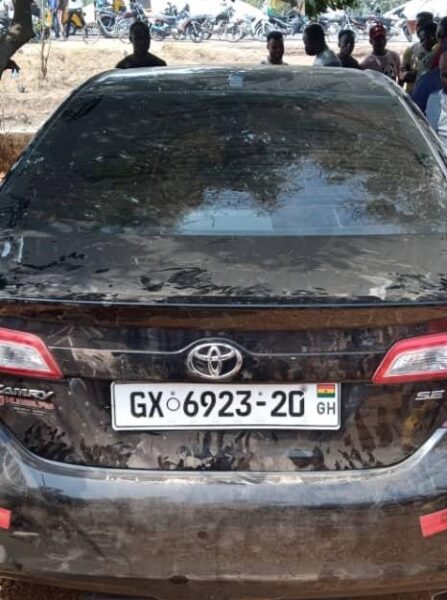 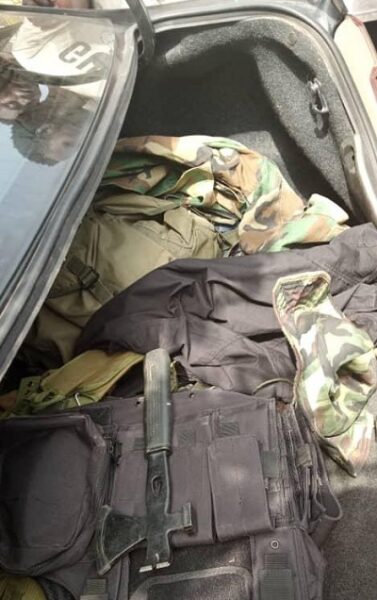 A search conducted on them found the following items, 13 assorted mobile phones, one Falcon Foreign Pistol loaded with 9mm ammunition, a wallet containing a bunch of keys together with two handcuffs keys, two Voter’s ID Cards, Melcom card, Access Bankcard, and cash the sum of GHC21.20p. 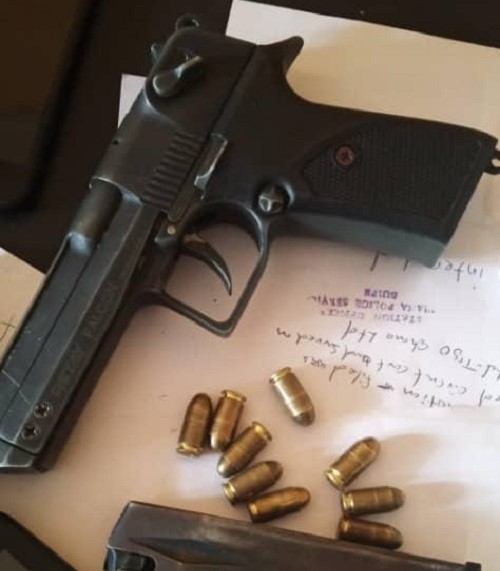 The items were retained while the suspects were detained.

Four armed men who were pursuing the suspects on board same arrived at the station together with Adam Abdul-Gafaru of Tamale being the robbery victim and he identified one of the vehicles the suspects were using as his they took from him at gunpoint and other items at his residence at Banvim-Jonshegu, a suburb of Tamale.

The suspects are being held at the Northern Regional Police Headquarters, Tamale.