A 15-year-old boy has been butchered to death by some assailants suspected to be Fulani herdsmen at Nhyiaeso in the Asante Akyem North District of the Ashanti Region.

The incident which happened around 12pm on Monday afternoon left residents in a state of fear and shock. 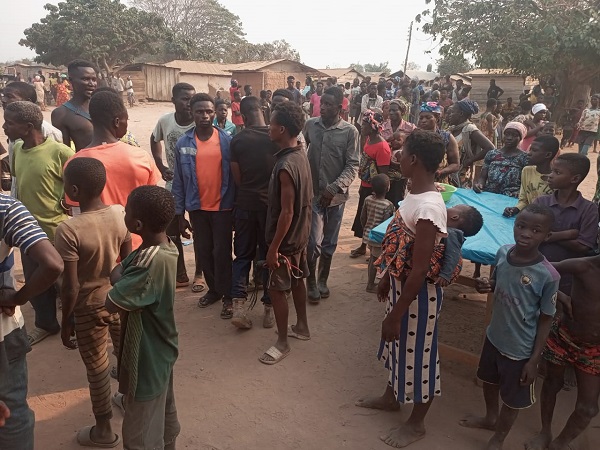 The victim David Anariya’s lifeless body was found by the police in a pool of blood.

Speaking on Abusua Nkommo on Kumasi based – Abusua FM, a local Journalist with Adanseℇ FM in Agogo Kofi Boamah Solomon says the community folks upon getting a hint of the horrific act mobilized and pursued the suspects and later arrested three and handed them over to the police for further investigations.

The three suspects are identified as Mohamed Umaru, 23. Umaru Mohamed, 24, and Major Gariba, 28.

Mr. Solomon recounts that on Monday afternoon, the victim together with his two younger brothers went to the farm and later moved to a nearby stream to draw water in order to catch fish.

In the process, a Fulani herdsman who was ambushing them suddenly appeared and started attacking the elderly among them.

They (other two boys) sensing danger bolted leaving behind their brother (the deceased) who was then subjected to several cutlass wounds and eventually bled to death.

Attempts to speak with the Asante Akyem North Police Commander have all proven futile.