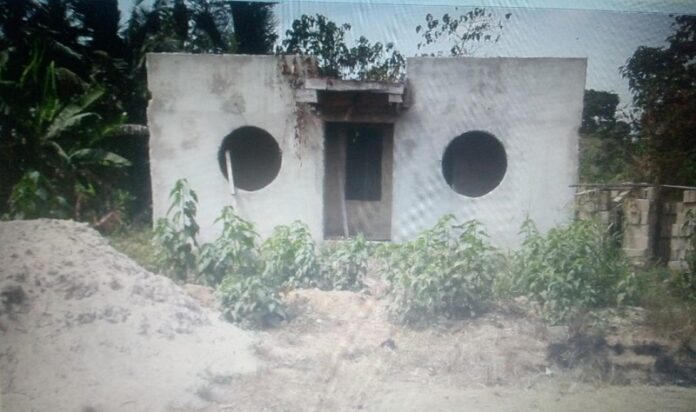 Hundreds of residents residing at Abofrem in the Atwima Mponua district of the Ashanti Region have decided to indulge in open defecation as their only toilet facility has been left to rot immediately after the 2020 elections.

According to the residents the project which was started by the Atwima Mponua Member of Parliament Isaac Kwame Asiamah in 2020 has suddenly become merely a dream.

Speaking to Ultimate News’ Bayaga Fatawu the Abofrem Unit Committee Vice Chairman Peter Owusu indicates that many of the people in the village rely on locally constructed toilets, dumping sites (‘Borla’) among others when visiting private.

He noted “we the unit committee even built some local toilets for the community but some choose to do it in the bush and dumping sites, it’s not really good for us to be doing this. And for the local toilets someone may fall inside one day because as time goes on the woods become weak.” 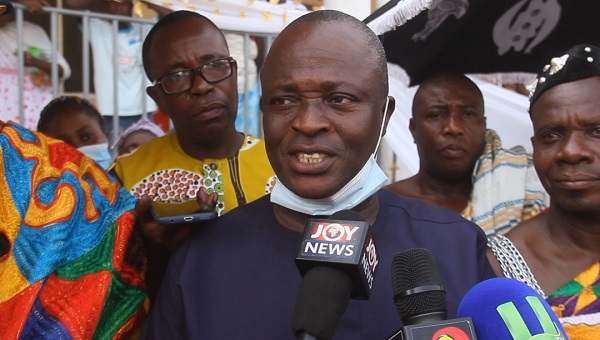 He says the situation has over the years made the community dirty and smelling as excreta is scattered all around.

Mr. Owusu and other residents passionately call on the government to immediately come and support them complete the toilet facility.

He also appeals to the District Assembly and other duty bearers to come and help them with potable water as some parts of the community depend on ground water including student children.

He insists by the end of January, 2022 the toilet construction will recommence.