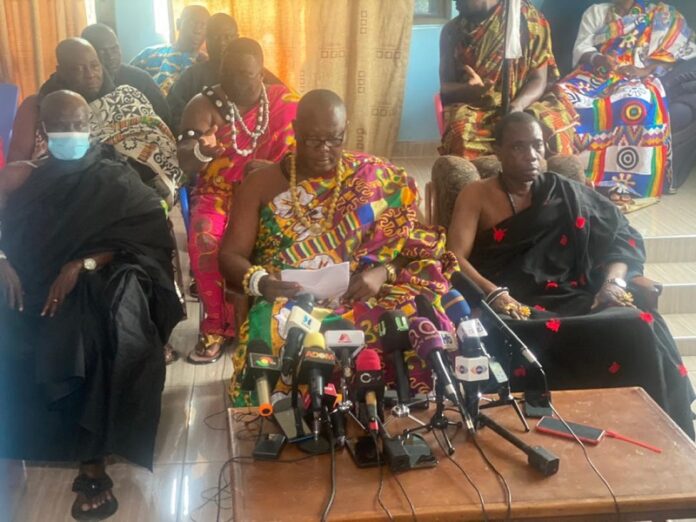 The Ada Traditional Council has called on the Police Service to expedite investigations into the alleged violent attack on Radio Ada.

A statement signed by the Paramount Chief of Ada Traditional Area and President of the Ada Traditional Council, Nene Abram Akuaku III, noted that after the unfortunate incident on Tuesday, 13th January 2022, he summoned an emergency meeting at the Traditional Council, which was adjourned midway to enable embers of the Council to pay a visit to the premises of Radio Ada to ascertain issues directly from them.

He averred that the team of Seven ATC members and the Registrar was led by the Mankralo of the State were at the station where it was revealed to them that staff of the station went through some ordeals for about fifteen munities that the attack lasted.

Meanwhile, Nene Abram Akuaku III stated that, “whereas the dignified chiefs would want to address statements from the Radio Station that are derogatory in nature through the appropriate medium, some inexperienced and lawless youth would do otherwise. We, therefore, urge the Security Services to be very vigilant.”

He also pointed out that as fathers of the Ada State, they would not reprimand “the erring child and fail to question what the victim must have done to provoke the action.”

They however stated that in as much as they would not condone any acts of violence in their traditional Area, they would as well not entertain any provocative action or statement by any institution, company being it public or private on any subject of theirs, be it individual or group.”

Nene Abram Akuaku III also called on the National Media Commission to check Radio to ensure balance in their reportage.