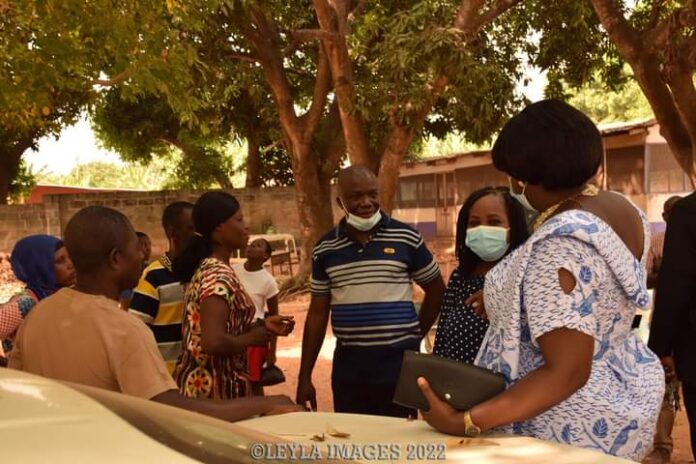 The Ghana Education Service in consultation with the Management of Akro Senior High Technical School (SECTECH) and the Municipal Security Council has ordered for temporal closure of the school.

The decision was taken after the Eastern Regional Education Director, Margaret Nsiah Asamoah and a delegation from the Eastern Regional Coordinating Council made an emergency visit to troubled Akro SECTECH in the Lower Manya Krobo Municipality Sunday, January 23, 2022, to assess the situation on the ground.

Upon extensive risk assessment, GES ordered that the School must be closed down until 7th February 2022.

This means the ongoing end of semester examination has been affected.

Hon. Simon Kweku Tetteh, MCE for Lower Manya Krobo Municipality who is chairman of MUSEC said stakeholders will use the period of the closure to resolve the feud and restore harmony in the community.

The deceased Kpabitey Emmanuel Sackitey and the surviving accomplice now in critical condition were apprehended and beaten by a mob of students after invading the girls’ dormitory of the school to allegedly steal.

The deceased Sackitey has been identified as a former pantryman at the school but now with Krobo Girls Senior High School.

According to the local Police ,they received information from the Headmaster of Akro Secondary Technical school to the effect that, two suspects had invaded the girls’ dormitory however busted and being beaten with sticks me clubs by the students.

The Police Patrol team led by Corporal Nsiah Douglas in charge of 5 men immediately proceeded to the school scene and found the two suspects unconscious. They were rushed to St martins De Poress Hospital for treatment, but one of the suspects who gave his name to police as Sackitey Emmanuel Kpabitey was pronounced dead on arrival while the other accomplice by the name Odoi Solomon was in critical condition.

Following the incident, an irate group of townfolks stormed the school Saturday morning to launch a reprisal attack leading to clashes.

Some properties including school vehicles were smashed.

Parents who were in the school for a PTA meeting were caught up in the clashes and were anxiously demanding the release of their wards to take them home over security concerns.

It took the intervention of the police reinforcement team to restore law and order.

However, the situation is still volatile hence the decision by GES to temporarily close down the school.