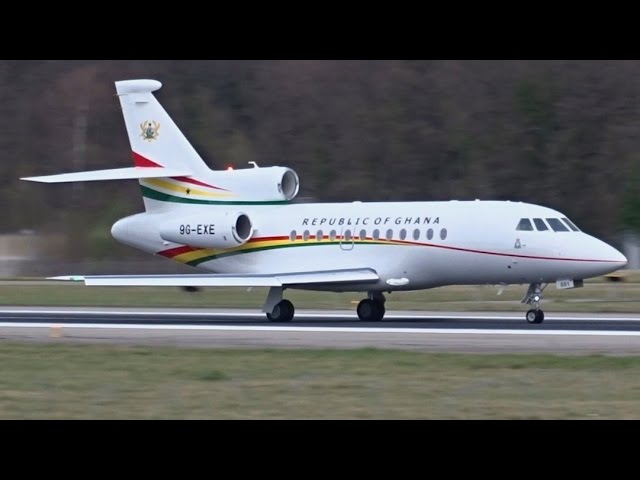 The Ghana Armed Forces (GAF) has dismissed claims that the children of a close relative of President Akufo-Addo used the presidential jet for a shopping trip to the UK in December 2021.

A statement signed by the Acting Director of Public Relations, Commander Andy La-Anyane, GAF described the allegations as untrue, frivolous and without any basis.

“We believe that this unfortunate publication, which has been circulated widely, is a calculated effort to undermine the image of the Ghana Armed Forces in the eyes of the general public.”

Attached is the full statement by the GAF

The attention of the Ghana Armed Forces (GAF) has been drawn to a Ghanaweb publication of Friday 7 January 2022, which is sourced from the Facebook page of one Mr. Mensah Thompson, who is described as the Executive Director of Alliance for Social Equity and Public Accountability (ASEPA) alleging that the Presidential aircraft of the Ghana Air Force was used by relatives of the President for a shopping trip to the United Kingdom between 20th and 30th of December 2021.

Part of the allegations read “so between 20th and 30th of December 2021, during the Christmas, the children of a close relative of the President took Ghana’s Presidential Jet the Falcon EX jet on a trip to the UK just for Christmas shopping”.

We wish to state without any equivocation that the said publication is untrue, frivolous and without any basis. We additionally wish to state that the said aircraft has not been to Europe for a very long time and this publication is, therefore, a figment of the author’s imagination. These allegations can easily be verified since there is always a task order for the movement of all Ghana Air Force platforms.

We believe that this unfortunate publication which has been circulated widely is a calculated effort to undermine the image of the Ghana Armed Forces in the eyes of the general public. More disturbing is the fact that whilst the GAF is focused on its mandate of protecting the territorial integrity of the country against serious external and internal threats, others are working very hard to distract us from our core mandate.

We are calling on all Ghanaians, especially politicians once again, not to drag the GAF into any partisan politics. The Ghana Air Force platforms will continue to be used for the interest of all Ghanaians including its traditional role of maintaining fighter ground attack capabilities and providing close air support during operations, as well as providing transport support to the Ghana Armed Forces. We will continue to provide surveillance over the air space of Ghana and over the Exclusive Economic Zone of the country.

In view of the seriousness we attach to such malicious publications, the issue has been referred to the Inspector General of Police for further investigations.