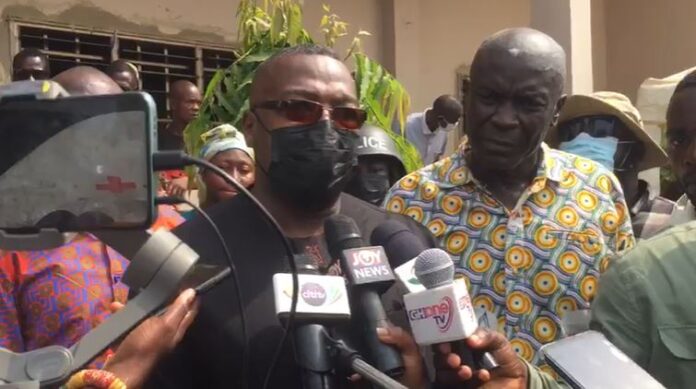 The Ghana National Gas Company has presented a cheque of 2million Ghana Cedis in support of victims of Apiate explosion.

The gesture falls on the back of Thursday’s explosion at Apiate, a town in the Prestea Huni Valley District of the Western Region in which 13 people lost their lives, injuring several others, and has displaced hundreds.

Speaking during the visit to the victims at the St. Michael’s Catholic Church, Dr. Ben Asante the chief executive officer (CEO) of Ghana Gas said that the company and its employees identify themselves as corporate partners and citizens of the area since they operate within the enclave as such they consider it prudent to render such gesture.

On his part the Municipal Chief Executive, Dr. Isaac Dasmani was elated by the kind gesture, adding that all donations coming in will be distributed judiciously.