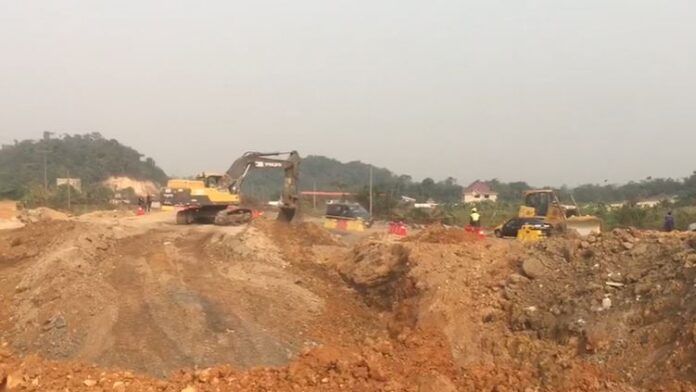 Barely three days after the unfortunate explosion at Apiate in the Western Region, remedial works have begun to reconstruct the section of the road that was damaged as a result of the explosion.

A gaping hole close to 10 feet emerged on the Bogoso to Bawdie road which leads to the Western North and Ashanti Regions after the infamous explosion making that section unmotorable.

To restore traffic, the government has directed Gabriel Couto – Rango Consortium, constructors of the Tarkwa road, to undertake emergency remedial works to fix that stretch.

In the interim, motorists using the stretch have to resort to an alternative route that has been created.

GhOne News correspondent Joseph Amuah of Empire Fm has been monitoring the remedial works underway on Sunday and can state that work is underway expeditiously.

According to the EarthWorks Engineer, Nicholas Acheampong, the road will be restored and open to traffic within a week.