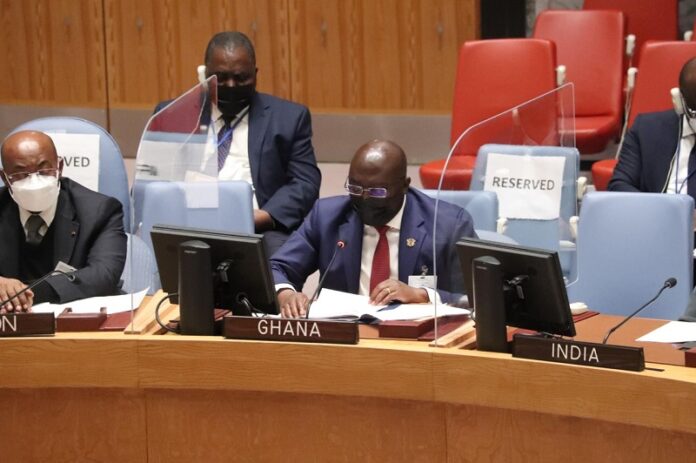 Ghana’s Vice-President, Dr. Mahamudu Bawumia on Tuesday participated in a UN Security Council debate in New York and called for action to prevent domestic inequalities that led to urban migration and the creation of fertile grounds for conflict.

Dr. Bawumia was speaking on behalf of President Nana Addo Dankwa Akufo-Addo during a debate on “War in cities: Protection of civilians in urban settings.”Presided over by Norwegian Prime Minister Jonas Gare Støre

Ghana became a member of the UN Security Council in January this year for a two-year term.

Dr. Bawumia said: “The issue of poverty which is an important element in urbanization would need to be addressed.  National initiatives would need to be supported to equalize access to economic opportunities in all parts of a country.” 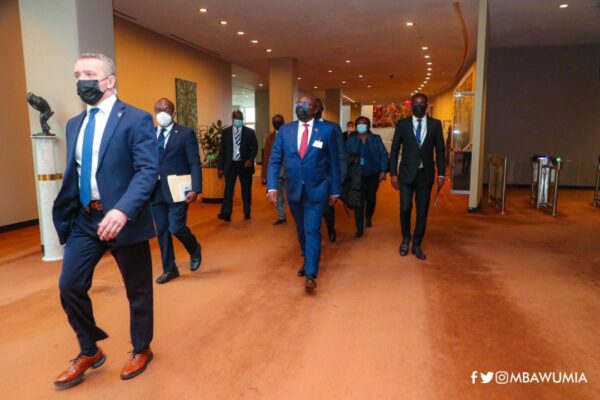 He said this would help manage the factors that drove migration, led to unplanned urbanization and nurtured the environment for conflict.

Dr. Bawumia is scheduled to meet UN Secretary-General Antonio Guterres later on Tuesday before travelling to Washington, DC., the US capital, on Wednesday to hold discussions with the US Assistant Secretary of State for Africa, Molly Phee, on Wednesday.

They are expected to discuss the security situation in the Sahel, and political instability in West Africa whose regional body, ECOWAS, President Akufo-Addo currently chairs.

Dr. Bawumia expressed concern about the threat posed to civilian populations by extremist groups such as Boko Haram and Al Qaeda in the Maghreb, organizations whose activities have become a growing threat in West Africa.

He said such groups “scapegoat civilians in their crusades and consider them as cannon fodder.” The roles played by civilians in such wars demonstrated the complex nature of modern warfare, he said.

Dr. Bawumia said the world had witnessed what he called “the horrific effects of urban conflicts” in places like Syria, Iraq and Yemen; but also much earlier in Liberia, Sierra Leone and Cote d’Ivoire where the civil wars were fought in cities, He said urban conflicts created opportunities for violent extremist groups to radicalize young people.

Among other concerns, Ghana wants to galvanize the Council’s attention to address violent extremism in the Sahel and growing piracy in the Gulf of Guinea.