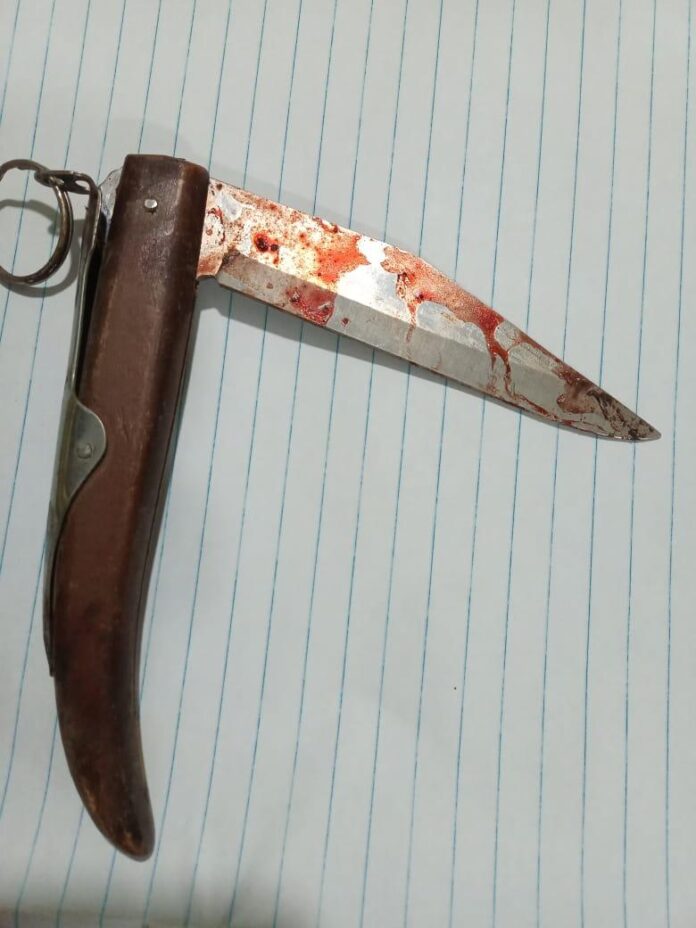 A Police officer has been stabbed to death at the Nyamebekyere Police station, Berekum in the Bono Region.

The Police Officer was on duty at the said Police Station when he received a complaint from one Yaw Amankoma.

The Police officer went to arrest the said suspect, on reaching the frontage of the Police station, the suspect who was armed with a knife hidden in his pocket attacked and stabbed the Police officer severely on the neck and other parts of the body.

The officer was rushed to the Holy Family Hospital for treatment but died shortly on admission. A manhunt was launched in the Berekum township to track down the suspect and when he was found at his hideout at Komfuokrom, a suburb of Berekum, he again attacked and attempted to stab the arresting officers with the knife.

He was shot after several attempts to disarm him failed.

He was also sent to the Holy family Hospital for treatment but was pronounced dead on arrival.

Both bodies are deposited at the same Hospital Mortuary for preservation. The exhibit Okapi knife is retained for evidential purposes.