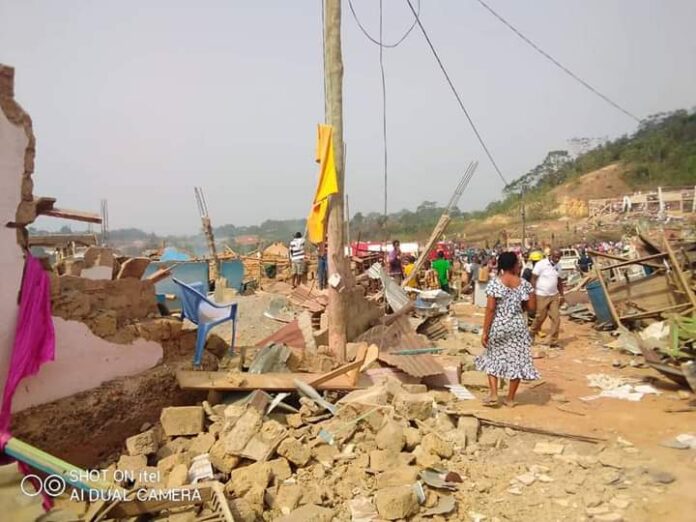 At least 17 people have so far been confirmed dead in the explosion which occurred at Appiatse, along the Bogoso- Bawdie road in the Western Region.

A government statement also noted 59 people were injured in the explosion.

“A total of seventeen (17) people have, sadly, been confirmed dead, and fifty-nine (59) injured persons had been rescued, bringing to seventy-six (76) the number of persons known, so far, to have been affected by the tragedy.

“Out of the fifty-nine (59) injured persons, forty-two (42) are receiving treatment and some in critical condition.

“Early reports indicate that several houses and structures in sections of the town have been destroyed and plans have been put in place to ensure that stranded community members are catered for in the coming days,” portions of the statement noted.

It further said all hospitals and emergencies services in the enclave have been activated to help deal with the emergency.

“All hospitals within the vicinity are being used to treat injured persons, and an evacuation plan has been activated to move those in critical condition to medical facilities in Accra so they can get the needed assistance.

“To forestall a secondary explosion, a joint team of police and military explosion experts has been deployed to examine the situation and put in place the requisite measures”.

On the cause of the accident, the government statement said: “Preliminary reports indicate that there was an accident involving a truck conveying explosive material for a mining company, a motorcycle, and a third vehicle close to an electricity transformer, leading to the explosion”.