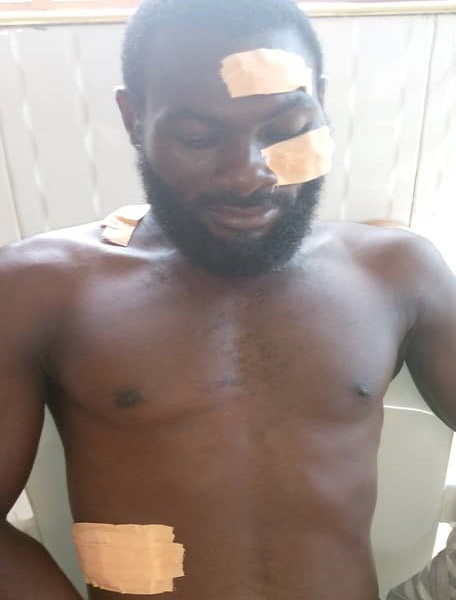 The Kyidomhen of Mankessim Nana Kojo Easel has been accused of leading land guards to attack residents of Abura Esarman, a Community within Mankessim in the Central Region.

Three residents were said to have been working on their farm when they saw over 50 Land guards with guns, sticks and cutlasses, approaching them.

Without asking them any questions, the Land guards reportedly started beating them with the weapons they were holding.

In the process, one of the victims, Benjamin Ato Freeman collapsed after being hit with a stick and was rushed to Mankessim Roman Hospital by the residents who came to the scene later.

The victim, later in an interview with EIB Network Central Regional Correspondent Yaw Boagyan, claimed the Land guards were led by one Kyidomhen of Mankessim Nana Kojo Essel.

But the Chief has denied the allegations levelled against him. He insisted that those he led were members of the Asafo Company group of the area and not land guards.

Meanwhile, residents say they are living in fear as the Chief is always terrorizing them with Land guards.