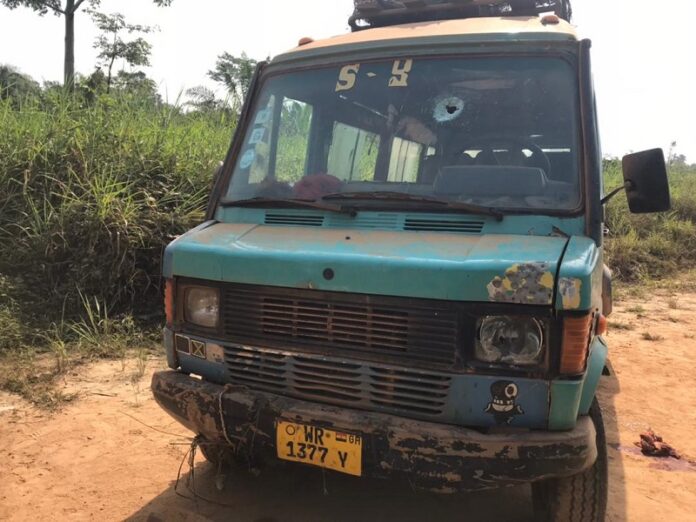 Residents of Assin Awisam have been thrown into a state of fear after armed robbers shot dead a driver and injured 3 passengers while making away with an unspecified amount of money on the Assin Awisam-Dunkwa stretch in the Central Region.

The alleged robbery attack occurred when the traders were travelling towards Offin-Dunkwa after the day’s market on Sunday, January 9, 2022, around 6 PM.

The armed robbers shot the wind screen of the vehicle with the registration number WR.1377-Y at the driver side killing the driver instantly and leaving three in critical condition.

The robbers numbering about seven are said to have taken away monies, mobile phones from the passengers.

The Assembly member of the area, Hon. Ayuba Andoh who spoke with EIB Network Central Regional Correspondent Yaw Boagyan attributed the situation to the bad nature of the road as armed robbers usually fire gunshots and pounce on innocent traders when cars are in slow motion.

Some of the residents also revealed that this is the second robbery attack within one week  claiming money amounting to ¢30,000 was made away in the previous incident.

They have consequently called on the police to intensify patrols in the area.

The Body of the driver has been deposited at the Dunkwa Onffin Hospital Mortuary while those injured are also receiving treatment at the same hospital.

The Assin Awisam police have commenced investigations into the attack.