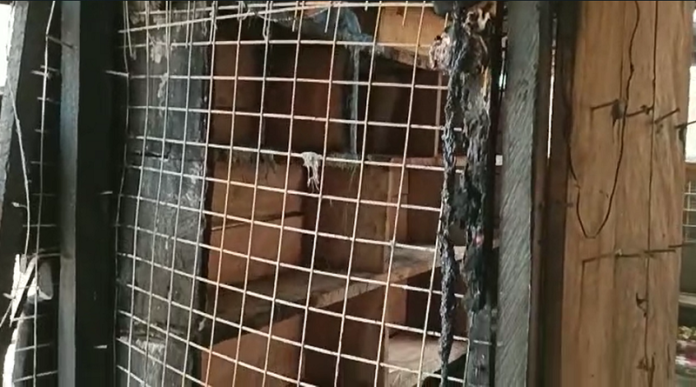 Items worth several thousands of Cedis have been burnt to ashes after some thieves torched a provision shop at Awutu Freedom City in the Awutu Senya West District of the Central Region after a burgling it.

Owner of the shop, Georgina Larbie in an interview with EIB Network Central Regional Correspondent Yaw Boagyan revealed that this is the third time suspected thieves have attempted to break into the shop although they failed in the two previous attempts.

She said, she was asleep when the residents called her that her shop is on fire, only to wake up to see her shop in flames. Efforts to reach the Fire Service to douse the fire proved futile.

Meanwhile some of the residents who helped in quenching the fire appealed to police to patrol the area to reduce the high crime rate there.

The case has been reported to the Awutu Bereku police station for investigations.