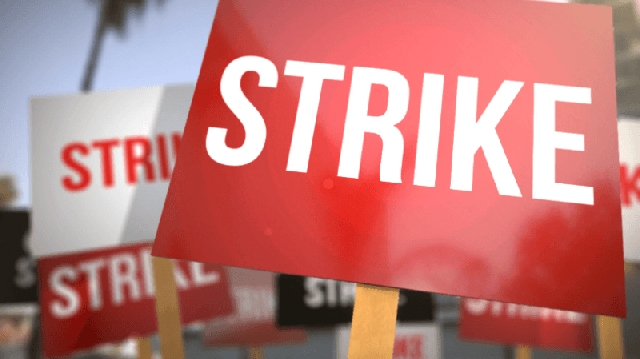 The Civil and Local Government Staff Association of Ghana (CLOGSAG) has directed its members to proceed on an indefinite nationwide strike beginning January 20, 2022.

The strike action is to back demands by the association for better conditions of service.

A letter issued by the Executive Secretary of CLOGSAG, Isaac Bampoe Addo on Monday, January 17, addressed to its members, said the decision to embark on the strike had been taken by the National Executive Council of the association and that due notice has been served on all relevant stakeholders since December 22, 2021.

According to the association, there has been undue delay in finalising negotiations on the conditions of service of its members which it finds worrying and unacceptable. It is no longer able to bear the pressure, hence the declaration of a strike.

“By this letter, all CLOGSAG members in the Mininstries, Departments, and Agencies as well as the Metropolitan, Municipal and District Assemblies are informed to stay at home from Thursday 20th, January 2022until further notice.

CLOGSAG is a registered trade union and the mouthpiece of workers in the Civil and Local Government Services and seeks to provide representation for government workers on matters affecting the Service.

The association in December 2021, served notice it may embark on a strike if its demands for a relook of the salary structure of its members were not addressed.

Ahead of the strike, the Ghana News Agency reported on Monday that several offices, signposts and trees within the Ministries enclave had been draped with red bands to serve notice of the impending strike.

Earlier in July last year, a 15% interim premium payment to staff of the Civil and Local Government Services led to agitations and demands for similar treats across other workers front.

May Day: Special Assistants to political appointees interfering in our work – CLOGSAG