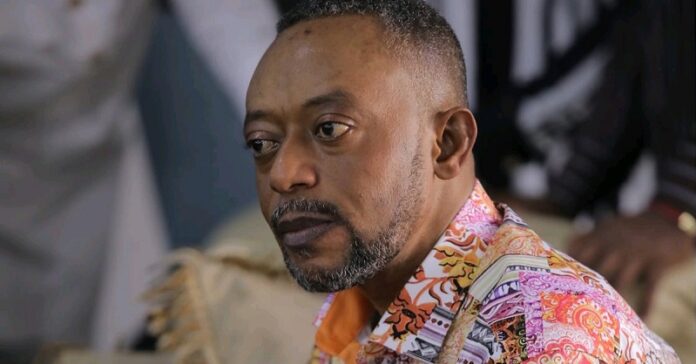 The commencement of the trial of General Overseer of the Glorious Word Power Ministry Rev. Isaac Owusu Bempah on the charges including causing harm to police officers has been deferred to February 2, 2022.

Rev. Owusu Bempah together with Michael Boateng, Frederick Ohene and Nathaniel Agyekum have pleaded not guilty to two charges each of Abetment to cause harm and unlawful damage and were to begin trial today.

But, in court on Wednesday, Rev. Owusu Bempah informed the court that, his lawyer Gary Nimako is unwell and has written to the court for an adjournment to February 2, 2022.

Though the prosecution led by Chief Inspector Dennis Terkpetey was ready with its first witness, in the person of Okaija Welbeck Dauda, a police officer, the case was adjourned.

The court presided over by Her Honour Mrs. Rosemond Baah Torsu adjourned the case to February 2.

At the last court sitting on November 29, last year, the prosecution successfully filed and served on all the accused persons with all necessary disclosures and witness statements it intends to rely on.

Chief Inspector Dennis Terkpetey told the court that, they are ready to call their first witness in the person of Okaija Welbeck Dauda, a police officer.

Lawyer Nana Benyin Ackon, who held brief for Lawyer Garry Nimako for the accused persons told the court that, they have been served with all necessary documents for now.

The Circuit Court presided over by Her Honour Mrs Baah Torsu fixed today, January 19, 2022 for the commencement of the trial.

Rev. Owusu Bempah together with Michael Boateng, Frederick Ohene and Nathaniel Agyekum all pleaded not guilty to two charges each of Abetment to cause harm and unlawful damage.

They were granted GHc100, 000 bail each with a surety to justify.

According to the prosecutor, the first accused person (Rev Owusu Bempah) is the General Overseer of the Glorious Word Power Ministry International while second, third and fourth accused persons are members of the Church.

He told the court that, on September 9, 2021, the first accused including some members of his church including one Mensah Ofori an associate pastor of the first accused person beseeched the premises of Evangelist Patricia Oduro Koranteng alias Nana Agradaa and threatened to kill her which video went viral on social media.

He said, the Complainants (Police personnel) onboard Toyoya Corolla with registration number NR 9602 – 20 visited the church of first accused at Sakaman after the Church had closed service to arrest Mensah Ofori and Bright Adu Berchie.

He said, another team of plain clothes policemen had arrested Mensah Ofori to the Dansoman Police station and detained him.

Chief Inspector Terkpetey said, the first accused upon seeing the police personnel ordered his church members to beat and kill them.

“Some of the church members among whom were the second, third and fourth accused set upon the police and beat them up amidst firing of gun shot, disarmed the police of two service rifles and vandalised the Toyota corolla saloon car.”

“On September 14, the police men were discharged for them to report himself periodically for review.

He said, “a second weapon was also retrieved through the help of the station officer of the Dansoman police.

After investigations, the accused persons were charged and arraigned before the court.

Rev. Owusu Bempah, 4 others charged, caged for 7 days for threat of death