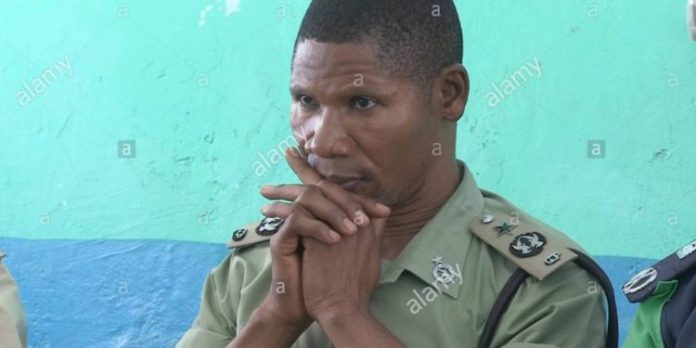 The High Court in Accra has refused the application filed by Assistant Commissioner of Police (ACP) Dr. Benjamin Agordzo challenging his interdiction from the Ghana Police Service.

The court presided over by Her Ladyship Justice Olivia Obeng Owusu, said due to the peculiar nature of the case, it was unable to grant the application for judicial review in the nature the Applicant’s case.

EIB Network’s Court Correspondent Murtala Inusah reports that, the Court while refusing the application in a short ruling directed the parties to procure full copies.

Though ACP Agordzo was present in court, the IGP and the AG, the two Respondents, were absent.

The Senior Police Officer who has been interdicted for his alleged involvement in a coup plot sued the Inspector General of Police (IGP).

Dr Agordzo, the applicant in the case was interdicted on November 19, 2019 but efforts to have it revoked have yielded no results.

Attached to the application for Judicial Review is the Attorney General (AG).

Dr Agordzo, in his application said, the refusal of the IGP as per letter dated May 27, 2020, to accede to the demand made on him by the lawyers on April 23, 2020 to revoke the order of interdiction he imposed on him in 2019 is unlawful.

Dr Agordzo per his affidavit in support of the motion for Judicial Review filed by his lawyer Martin Kpebu, he said his “continues interdiction is in breach of my right to administrative justice and due process.”

Dr Agordzo who has served in various capacities for over thirty (31) years and have risen through the ranks to the position of Assistant Commissioner of Police (ACP) per his affidavit in support of the motion, said, ” on November 8, 2019, “the 1st respondent herein in the lawful exercise of powers granted to him under Regulation 105 (1) of the Police Service Regulations, 2012(C176) imposed on me an interdiction order with immediate effect from the 8th day of November, 2019.”