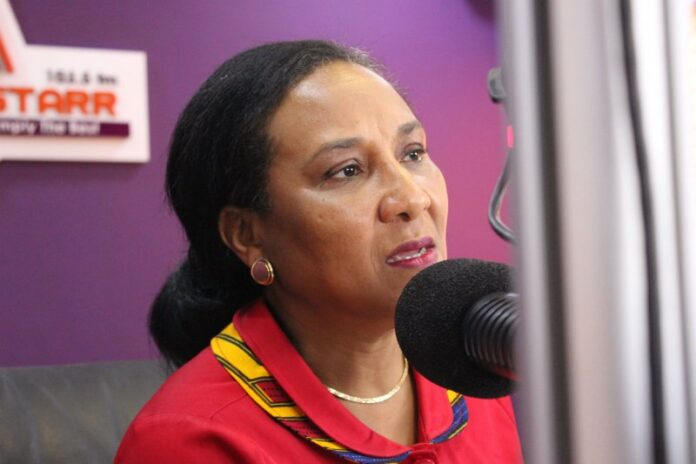 Former Deputy Finance Minister, Mona Quartey has underscored the need for government to shelve the E-levy insisting it may have a negative impact on the economy.

She was disappointed such a “consumption tax” is being introduced at a time Ghanaians are still reeling from the impact of Covid-19. She feels digitization would be eroded if e-levy is finally passed.

“E-levy no the way to go…I think it will disenfranchise a lot of Ghanaians considering that one of the good things that has happened over the last few years… is that digitalization has gone far and very quickly…so the gains will be eroded. The e-levy will move people who do transactions that will require e-levy away from those transactions and find alternative means,” she said on GH Today on GHOne TV Monday.

The former deputy finance minister added: “It will cut across. It’s almost like a consumption tax and for government makes sense but because it will disenfranchise many people who don’t have that kind of money but use the e-levy, I think we have a major problem with it. It may have a negative result. It’s a nuisance tax at this time when we are going out of COVID…”

Meanwhile, the Member of Parliament for the Yapei Kusawgu constituency, John Jinapor says the Minority’s opposition to the controversial E-levy proposal by the government is in the interest of the public.

According to him, the levy will only impose hardship on Ghanaians and the Minority will do all within its powers to resist its passage in Parliament.

Mr. Jinapor made the remarks during a town hall meeting on the E-levy in the Ashanti Regional capital Kumasi on Monday, January 24, 2022.

“We are opposed to the E-levy because this is not the time for E-levy. At this time when there is COVID, and we are advised to reduce physical interaction and do electronic transfers, this is not time to bring in e-levy,” he said.

Parliament is expected to reconvene on Tuesday, 25th January, 2022 at 10 o’clock to start public business.

Last week, the government said it will re-submit the Bill to Parliament, following the conclusion of extensive consultations on the controversial levy.