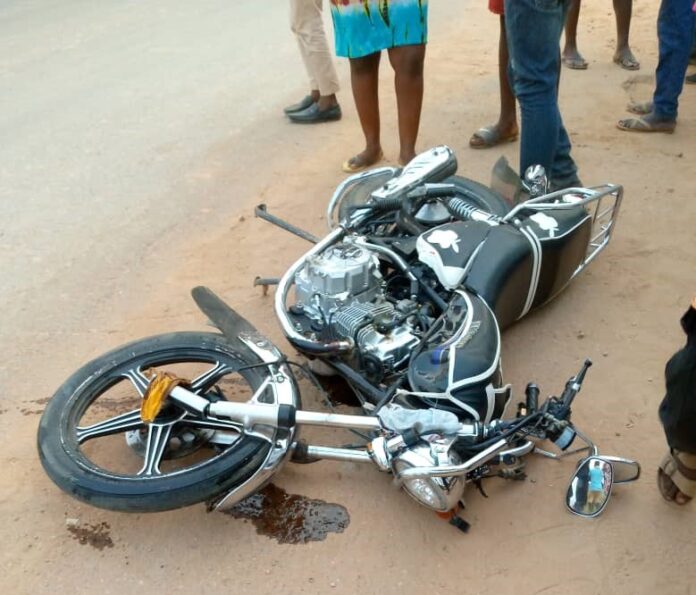 Two persons on a motorbike have been confirmed dead after crashing with a truck on Accra to Akosombo Highway in the Eastern region.

The deceased persons are Amoako Osae Emmanuel, a teacher at Akrade Presby School and Ketsi Cecil, a manager at Adi Lake all in Asuogyaman District.

One other pillion passenger Gladys Asare is in critical condition at the VRA Hospital. 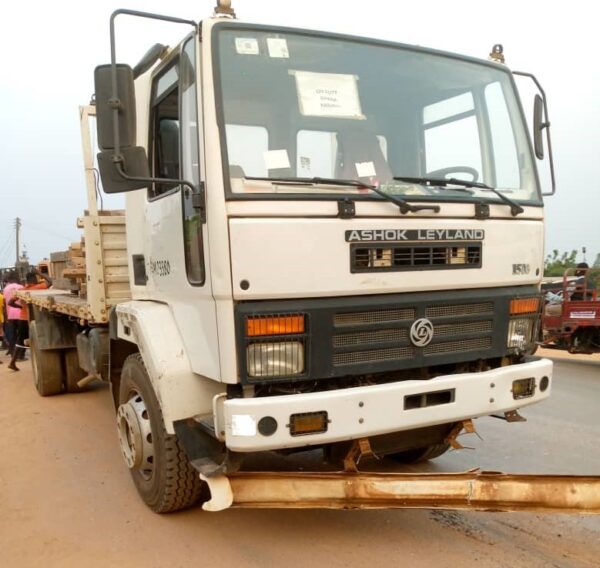 Kasapa News has gathered that the three were on a motorbike going home at about 5:00pm on Thursday January 27, 2022, however, the rider Amoako Osae Emmanuel now deceased made wrong overtaking but unfortunately the motorbike hit the rear tyre of the vehicle which the impact caused the motorbike to collide with the oncoming Ashok Truck.

The woman fell while the motorbike was staggering before it finally crashed under the moving truck. 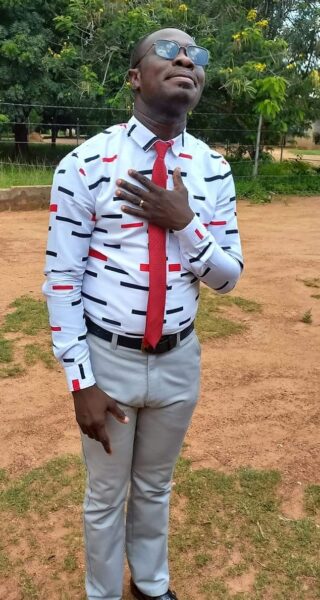 The two died instantly while the woman sustained a serious injury.

The bodies have been deposited at the VRA Hospital morgue while the injured is receiving treatment at the same Hospital.

A video has subsequently popped up which the late Amoako Osae Emmanuel, an Elder of the Church of Pentecost was at cemetery speaking about inevitability of death.