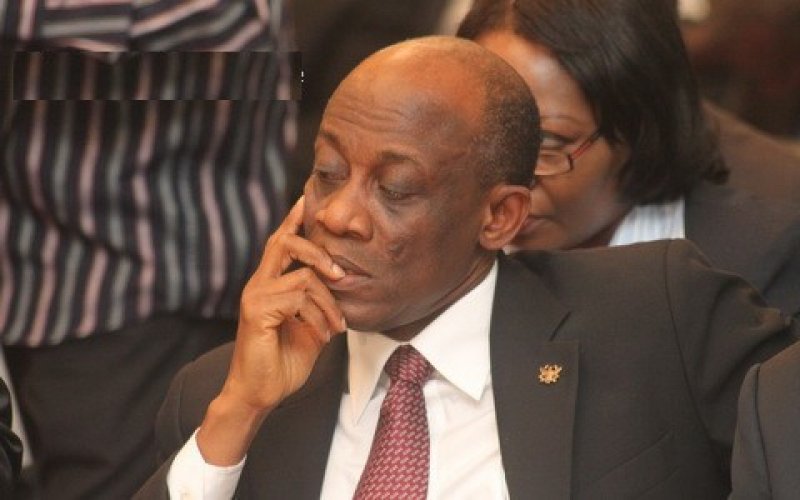 He indicates in a statement on Wednesday that government was already taxing telecommunication companies until 2017 when it abrogated VAT on non-core financial services.

Therefore, he – at a presentation two days ago – felt the e-levy was rather punishment.

Accra, January 26, 2022 – My attention has been drawn to publications and news reports alleging my endorsement of the e-levy proposal in the 2022 budget statement.

I wish to state that my position, including a presentation I made at PFM-Tax Africa event 2 day ago and reported by various national media, has been consistent on the issue.

1. Ghana’s Tax Structure: In the four decades since the launch of the Economic Recovery Programme or Structural Adjustment Programme (ERP/SAP) in 1983, Ghana has NOT had a tax instrument that taxes savings and investments.

2. Taxing savings and investment: In a recent tweet I quizzed: what difference does it make if Ghanaians kept their savings (which may have attracted taxes already) under their pillows, or in a bank or in a “e-wallet” (purse) on their phones?

In the case of the pillow and bank, they do not pay a tax until the money withdrawn is (a) used to set up a business to turn a profit (income tax) or (b) buy consumer goods and services and pay, mainly, VAT, excise and tariff or customs duty. Why then tax the equivalent savings taken from the phone ‘wallet’ before one uses it to set up a business and make profit or buy goods to attract the VAT etc?

3. E-levy: “most nuisance of nuisance taxes”: I have used this expression already to describe the e-levy because, by taxing “savings” in electronic wallets government is among others,

a. Discriminating against savers using electronic ‘wallets’, instead of banks and pillows, to save. This offends the principle of fairness in taxation.

b. Compelling customers to pay tax on the “wallet” transfers but the same tax does not apply to those using cheques and other conventional means; and

c. Engaging in double or multiple taxation of savings that may have attracted the conventional taxes already (as noted below).

4. Likely tax E-Levy on Loans in e-Wallets: The last point may go to such ridiculous extent as paying e-levy on business loans in a bank account, for which, the bank uses its “wallet” to make transfers to customers. A rather ‘nice’ way to promote investments and reduce the cost of doing business?

The dilemma facing the government is that, unless the taxes mentioned are exempt by law, it is already collecting these taxes described, discussed in detail below.

6. Our Conventional Taxes: as noted, Ghana has had a tax regime that, in the main, consists of the following handles or instruments.

b. Value Added Tax (VAT): this expenditure tax is paid on taxable (or non-exempt) supplies of goods and services, whether imported or produced locally.

c. Import Duty or Tariffs: this expenditure tax is paid on only imported goods, hence it protects local industries (note another controversy surrounding “benchmark” values and the tussle between AGI and GUTA).

d. Excise Duty: a punitive expenditure tax paid, in addition to VAT and tariffs, on what is considered by some as ‘harmful’ products such as alcohol and tobacco as well as on petroleum products and some luxury items.

e. Levies: these are special purpose income.and expenditure taxes that mimic any one of the above categories and never on savings.

7. Conclusion: The Telcos pay VAT on taxable goods and services but the government abrogated the VAT on non-core financial services in 2017. Why impose another tax or levy on other finance sector savings, not just expenditures? As with the “blocking” of input VAT (on supplies to registered businesses) for NHIL and GETFund levy, there will be no credit/offset or refund for the e-levy.

Is it time to overcome the “kumipreko” blues, call the e-Levy a VAT increase and stop distorting our well established tax regime with numerous levies in addition to “capping”?

Most importantly, Ghana’s rationale tax regime has always had elaborate provisions to PROMOTE, NOT DELIBERATELY PUNISH, savings and investments.