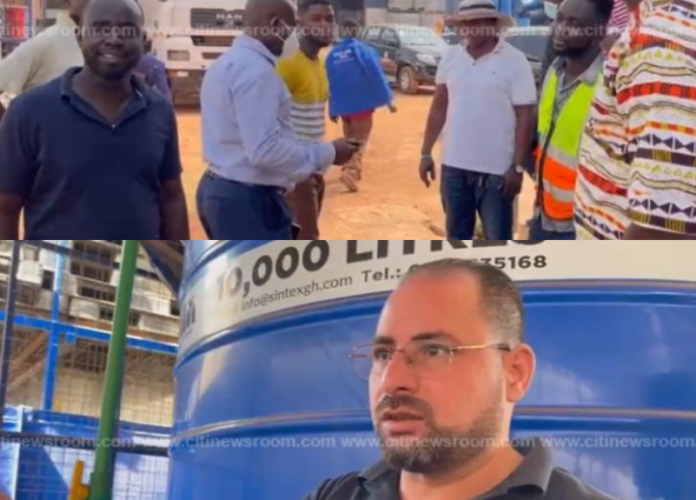 The Ghana Water Company Limited (GWCL) has accused the producers of Leyland Paint of illegal connection of water for more than 36 months, and has subsequently surcharged the company in excess of GH¢206,000.

GWCL made the accusation against the company after its Accra West Region office inspected the premises of the company at North Industrial Area.

In a radio interview with Accra-based Citi FM, the Public Relations Officer of GWCL for Accra West, Solace Akomeah said they found out that the company had illegally connected water to their tanks and cooling system.

The company, however, say their water is supplied by water tankers.

But the PRO said the company has since 2019 had a zero consumption rate on their meter and although they claim to be using water tanker services, their checks have proved otherwise.

When asked how such a major leakage was left unchecked for 36 months, Solace Akomeah explained that the region serves many customers as such, some cases of illegal connections may go unnoticed.000

She was however quick to add that, random inspections help in apprehending culprits as has been done in this case.

She, therefore, warned businesses and households involved in illegal water connections to desist from same or risk being named, shamed, and surcharged.

She added that the offices of GWCL are open to businesses and households engaged in illegal water connections to regularize their supply.