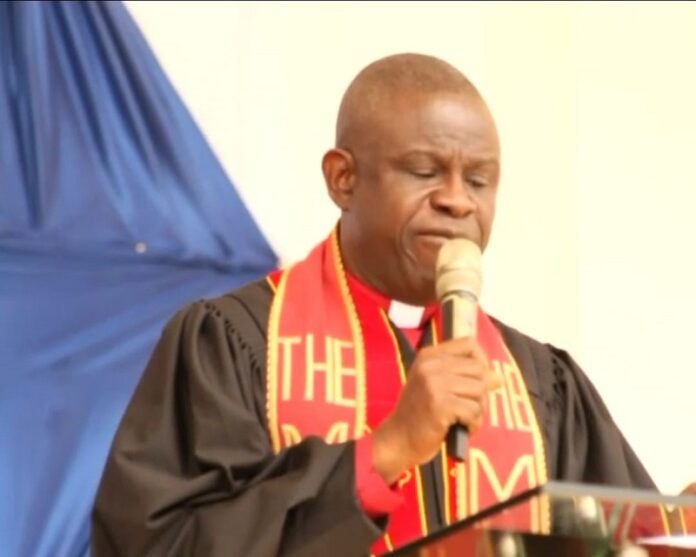 The Global Evangelical Church Ghana has inducted into office four new Synod Executive Committee members to lead the Church for the next six years.

At an event held at the Jubilee Park in Ho on Sunday, 56-year old Rt. Rev. Prosper Samuel Dzomeku was sworn into office as the new Moderator of the church taking over from the Very Rev. Dr. S.K. Ofori. 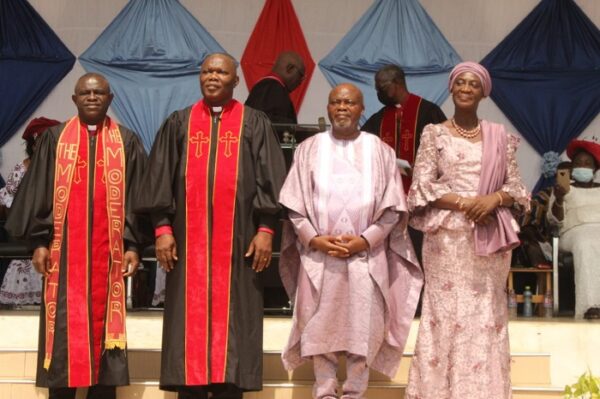 The trio forms part of the new face of the Church’s leadership to be led by the newly inducted Moderator, Rt. Rev. Prosper Samuel Dzomeku.

The four assume their new roles for the next six years, having served the church in various capacities in the past.

Speaking at the induction ceremony, the new Moderator, Rt. Rev. Prosper Samuel Dzomeku pledged to lead an administration that will further focus on uniting the church.

He noted that the Church’s focus is to offer the needed platform that will redefine Christianity that will lend support for the governance and development of the Ghanaian society.

“Let’s do away with things that divide us and appreciate the good in one another for our common upliftment to make our dear church more Global than ever. We have been one Global Evangelical Church and shall remain as such.”

As the new Moderator, Rt. Rev. Prosper Samuel Dzomeku pledged to be a father for all.

He said, “As the Moderator, I pledged to be father-for-all with no room for discrimination against any group of people or individual.”

Member of Parliament for the North Tongu Constituency, Samuel Okudjeto Ablakwa who was part of a delegation of the Volta MPs Caucus to the event, used the occasion to appeal to the church to offer special prayers for the leadership of the country while reiterating the role of the church in nation building.

He said, “I have a special appeal that we want to humbly make before our Lord today. And that appeal is to ask for special prayers for our country, for our democracy which is at a crossroad. We are Members of Parliament and as you do know, what has happened in this 8th Parliament is unprecedented. We now have a hung Parliament, we are in unchartered waters -it is not too clear how to navigate those waters and unfortunately, there have been periods that matters have come to a head and things have degenerated. That certainly is not the wish of any of you. We want to have a very peaceful, reconciliatory and a very mature democracy.”

“So we would like to make a special appeal to the new Moderator, the new Synod Executive Committee and the entire Global Evangelical Church congregation to always remember Parliament in prayers,” he appealed.

Until his new position, the Moderator, Rt. Rev. Prosper Samuel Dzomeku served at the pastor of the Global Evangelical Church, Miracle Center, Lebanon-Ashiaman from 2019 to December, 2021.

He is revered as instrumental in the growth of the church especially on school campuses he taught over the years.