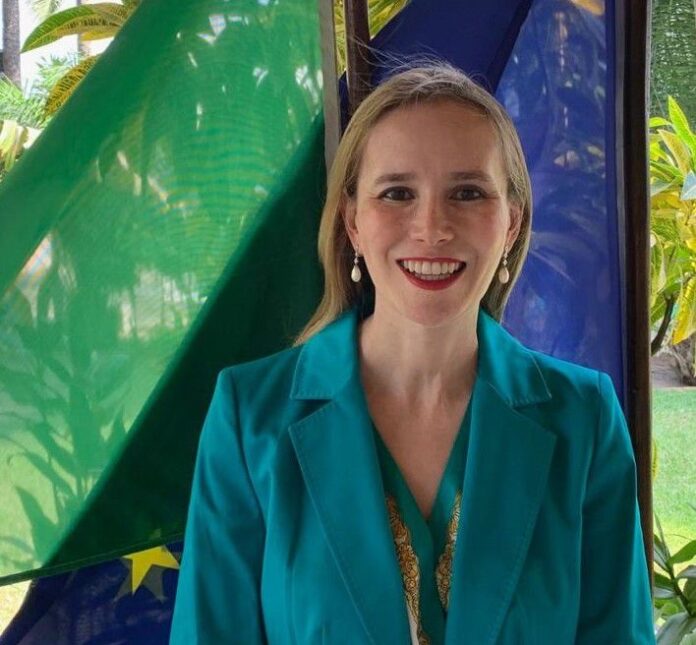 The Italian Ambassador to Ghana, Her Excellency Daniela d’Orlandi, I can say with confidently is the best Diplomat I’ve come across. In fact, she has a heart of Gold.

Ambassador Daniela d’Orlandi, is indeed a great personality who is affable and always exudes a warm reception to everyone who comes into contact with her irrespective of one’s status in society.

She’s approachable and operates an open door policy which has endeared her to many.

Ambassador Daniela d’Orlandi who leaves an indelible mark wherever she’s worked marked the first anniversary of the commencement of her duty tour in Ghana in August 2021.

Though she’s been in the West African country for a shot time, she worked tirelessly to beef up the healthy bilateral relationship between Ghana and Italy by advancing mutually beneficial partnerships in sectors of common interest with the centre of attention being on trade.

Ambassador Daniela d’Orlandi recently hosted the 6th edition of Italian Cuisine Week, Sapori S’Italia on Wednesday 24th November 2021 at her residence in Accra which attracted the Ghanaian business and financial sector, heads of government agencies, captains of industry, corporate heads and business operatives, as well as representatives of the Italian business community, among others.

On display during the event were some delicious foods prepared by top Italian chefs as well as the best-known wine brands from Italy including Prosecco Vintage Brut from the Italian region of Veneto, Gattinara Travaglini from Piedmont, Brunello di Montalcino from Tuscany and Sauvignon Suade IGT from Friuli Venezia Giulia.

Her Excellency, a mother of three children, graduated with honors in Applied Economics from the University of Paris – Dauphine in 1996 and went on to pursue a Master’s Degree in Business Administration at the same university. She is multilingual; speaks English, French and Spanish.

Prior to her appointment as Ambassador of Italy to Ghana and Togo in August 2020, she was the First Counsellor at the Permanent Mission of Italy to the United Nations in Geneva and Head of Human Rights Section, during the mandate of Italy as Member of the UN Human Rights Council.

From 2004 to 2008, she served as the Deputy Head of Mission at the Italian Embassy in Santo Domingo and was Deputy to the Permanent Representative of Italy to the Council in Europe in Strasbourg from 2008 to 2012.

Ambassador d’Orlandi returned to the Diplomatic Protocol in Rome in 2012 where she served as Chief of Staff.

She’s the 2013 Knight in the Order of Merit of the Italian Republic recipient.