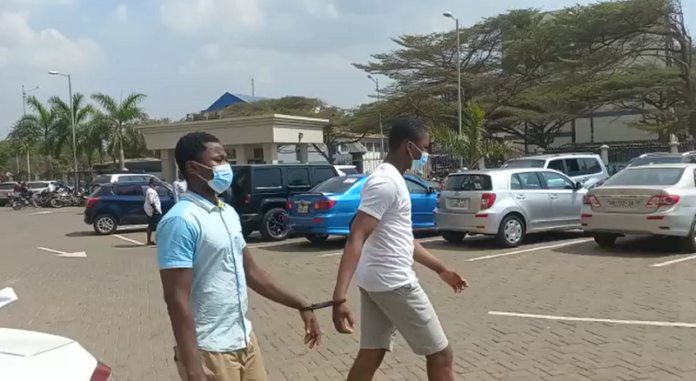 The two Kasoa teen boys who have been charged for the murder of a 10 -year-old Ishmael Mensah Abdullah have made their first appearance at the High Court to begin trial.

The two were on August 16, last year committed by the Kaneshie District Court to stand murder trial.

In court on Wednesday, January 19, 2022, the two accused persons were present without lawyers.

Dorcas Sellie, a State Attorney told the Criminal Division of the Accra High Court presided over by Justice Lydia Osei Marfo that, the accused were represented by counsel during the committal stage and so no action could be taken without lawyers.

“This is our first appearance and since it is a trial on indictment, we cannot take any action in the absence of their lawyers. We will pray the court for an adjournment to enable us communicate the next court date to their counsel,” the state attorney prayed the court.

Her Ladyship Justice Osei Marfo urged the accused persons to communicate to their lawyers the next adjourned date where the court would be conducting “important exercise.”

In August 16, last year, during the committal stage, the first accused person, a minor (name withheld) made a startling revelation that apart from killing 10 -year-old Ismael Mensah Abdullah, they also killed a pregnant woman in the past.

Though he did not give exact date to the court, the 15-year-old said this was not the first time they had killed.

On the day they were committed to stand trial for murder at the High Court, the 15-year old said, he killed with Nicholas Kwame Kani, 18 (SecondAccused).

But, Nicholas Kwame Mensah, denied his involvement in the whole incident.

“Myself and Nicholas have killed a pregnant woman in the past but not in this case. We have killed a pregnant woman before. If Nicholas said he won’t tell the truth, I will speak the truth,” he told the court.
He told the Kaneshie District Court presided over by Her Worship Rosemond Douduaa Agyiri that, the ghost of the 10- year-old Ishmael has been tormenting him to speak the truth else he would be killed.

The Kaneshie District Court committed the two teen boys alleged to have murdered a 10-year-old boy for ritual at Kasoa to stand murder trial at the High Court.

This was after the Prosecution led by Nana Adoma Osei filed a new Bill of Indictment (BI) tt  the court on Monday.

A juvenile offender, 15, and Nicolas Kwake Kani, 18, have been officially charged for the murder of a 10-year-old Ishmael Mensah Abdullah on April 2, 2021.

As part of the material list of evidence (exhibits) attached to the BI are club and a pickaxe, a shovel, a spade, pieces of cement blocks, samples of soil with blood of where the incident happened, and pictures of all the exhibits.

Also in the BI were, investigation cautioned statements obtained from the accused persons, postmortem examination report, picture of the deceased among others.