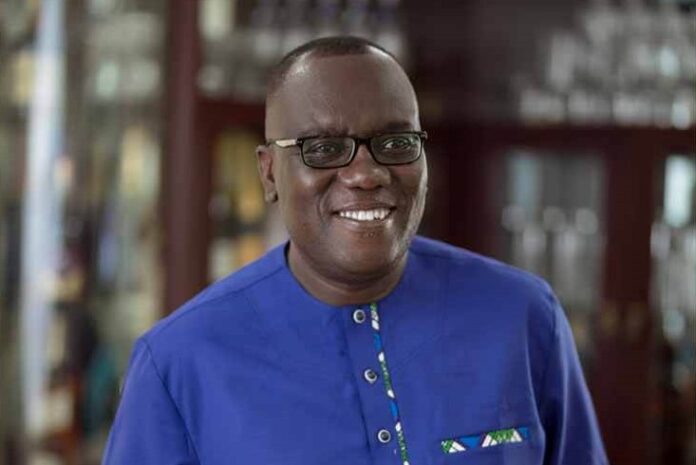 The widow of the late Lawyer Kwadwo Owusu-Afriyie popularly known as Sir John, Mrs Agnes Owusu-Afryie also popularly known as Akosua Darkoah has sued the executors of the will of her late husband over attempts to sideline her in the entire process after properties were allegedly shared without her knowledge.

Late Kwadwo Owusu Afriyie (popularly known as Sir John) (1957 —1 July 2020) was a Ghanaian lawyer and politician. He held several political positions including serving as General Secretary of the ruling New Patriotic Party. He was serving as the chief executive officer of the Forestry Commission of Ghana before his demise.

In exclusively obtained documents sighted by MyNewsGh.com, Charles Owusu and one Nana Boakye Akeampong of Old Tafo who were jointly appointed by the late Sir John as Executors of his Will are being restrained from continuing to share his properties until the court has fully heard the matter.

The widow says Sir John’s family have refused to even acknowledge her ill-health and further declined to offer any financial assistance to support her even though they know her husband didn’t make adequate provisions for her as a surviving spouse.

Quoting Section 13 of the Wills Act, Act 360 of 1971 and Article 22(1) of the 1992 constitution, she says no adequate provisions were made for her for which she is counting on the law court for justice.

According to her, the said will was read in court without her knowledge as Mrs. Owusu-Afriyie four months after her husband’s death.

It is the argument of her lawyer that the will failed to make “reasonably adequate provisions” for her and several attempts to sit down with the family including the executors of the will has failed.

According to the documents, so bad is the situation, that huge sums of monies accrued in the form of donations and support during the funeral of late Sir John have not been properly accounted for and to date no meeting has been convened to look at the matter.

According to statement of claim filed by her lawyer, Africanus Owusu-Ansah Esq, Mrs Owusu-Afriyie “contributed immensely” towards the success of Sir John and revealed that at the time of his death he left behind “substantial properties” and devised most of the properties and bank accounts in Ghana and Europe to his three nephews Ruth Korkor, Michael Owusu and Kwabena Amoateng.

Mrs. Owusu-Afryie told the court that she is normally resident in the United Kingdom where she was cohabiting with late Sir IJohn and was the one who “prompted” him to come to Ghana and get into active politics.

It is the argument of her lawyers that even before the will is admitted probate, some beneficiaries of the will have proceeded to assume control of assets and properties with or without the knowledge of the two executors of the will.

On a Kumasi house gift purportedly “gifted” to her by late Sir John, Mrs. Owusu-Afriyie argues that she acquired it on her own even before she got married to Sir John in 1998.

A house in Accra which was also supposedly given to her by Sir John was yet to be actually given to her on the allegation that Sir John did not complete the payment at the time of his death.

Mrs. Owusu-Afriyie who performed all the necessary widowhood rites at the funeral of Sir John ensured everything customary was carried on without incident and as custom demanded.

At the funeral, various donations were made to the family and the widow and her children by sympathizers from all walks of life but to date, the family has failed to even make the accounts accessible to her. Her lawyers say the family has refused to sit down and even discuss the various expenditures arising out of the funeral.

When Mrs. Owusu-Afriyie’s lawyers requested for a meeting to settle the record and some of the issues, the family rejected the meeting via a letter purporting to be from the family lawyer.