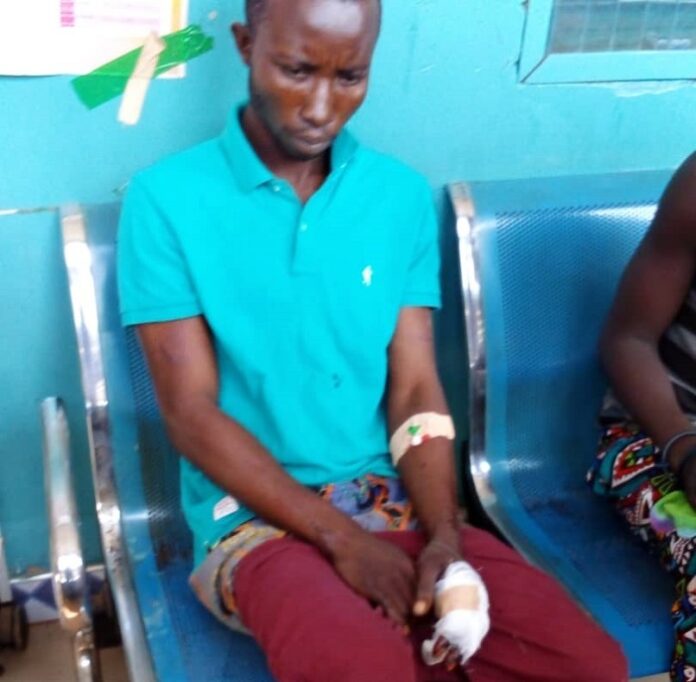 A 26-year-old man has been brutalized and tortured by a spot owner for refusing to pay for a bottle of beer he consumed at Techimantia in the Tano South district of the Ahafo Region.

The victim, Dada Benjamin, 26, was mercilessly beaten and butchered while bleeding profusely on the ground by one Alex and his daughter who are the operators of the Big Alex Bar.

He was rushed to the Techimantia hospital for treatment.

Mother of the victim, Afia Nimo said her son has been mentally unstable for a couple of years after his friend made an attempt to use him for money rituals and as a result of that he has become abnormal.

She further expressed that she has since filed a case against the bar owner at the Techimantia police station for the law to take its full course.