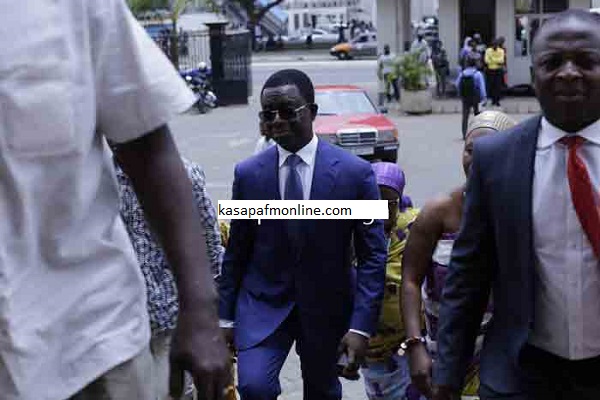 The continuation of the trial in which Dr Stephen Kwabena Opuni and two others are standing trial has been forced into adjournment following the breakdown of the court system.

The accused persons have pleaded not guilty to charges including causing financial loss to the state and have been granted bail.

In court on Monday, January 10, 2022, when the case was called for the witness of Dr Opuni to continue with his testimony, the court said, there was a system breakdown of the entire first floor of the High Court.

“There is a problem and the whole system is down and I don’t know when it might be on for us to work so it has to be adjourned,” Justice Clemence Honyenuga, a Justice of the Supreme Court noted.

He explained further that, “It is nobody’s fault and we don’t know when it will be on so having heard about the enormity of the problem, we have to come next Monday and let’s see how far things will go.”

Meanwhile, lawyers of the accused persons have indicated to the court that, they have filed respective motions for consideration.

The motion filed by the second and third accused persons has been fixed for January 21.

Samuel Cudjoe, counsel for Dr Opuni, also told the court that, they have a motion to invoke the supervisory jurisdiction of the Supreme Court for Certiorari and that application has been fixed for Feb 8, 2022.

Opuni trial: There was no complaints from farmers on Lithovit Liquid fertilizer – Dir. of Finance

Opuni trial: SC shown it’s ‘really up to the task’ for yanking off its own Honyenuga – Kpebu